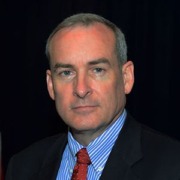 Mr. Wardynski most recently served as the CEO for FISH Technologies. Previously, he served as the Superintendent for Huntsville City Schools from July 2011 to September 2016.

During Wardynski’s tenure as superintendent Huntsville City Schools initiated construction of new schools totalling over $279 million and implemented the nation’s largest conversion to digital curriculum for grades Pre-K to twelve.

Mr. Wardynski spent over thirty years as an officer in the U.S. Army where he served as Director of the Army’s Office of Economic and Manpower Analysis and was awarded both the Distinguished Service Medal and the Legion of Merit. He holds a Ph.D. from the Rand Graduate School, an M.A. from Harvard University, and a B.A. from the U.S. Military Academy at West Point.

Trash Pandas Inaugural Season Pushed to 2021
County Commission Chairman: 'We Don't Have This Pa...
'Domino Effect' Contributed to Power Outage in Hun...
Madison Community Rocks to Help Those Affected by ...
Middleburg Communities Breaks Ground on 290-Unit A...
https://huntsvillebusinessjournal.com/wp-content/uploads/2018/06/casey-wardynski.jpg 300 300 Todd Stephenson https://huntsvillebusinessjournal.com/wp-content/uploads/2019/02/HBJ-Logo.png Todd Stephenson2018-06-03 09:12:322018-06-03 11:54:48Wardynski nominated to be an Assistant Secretary of the Army