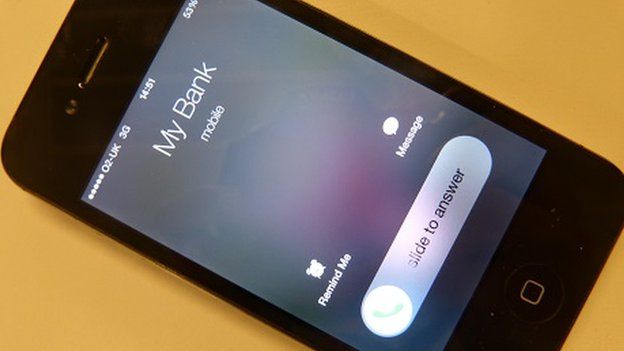 Phone spoofing hides the caller’s phone number and replaces it with another. (BBC Photo)

Don’t believe everything you hear and only half of what you see.

And, today, that old saying is even more powerful, especially when it comes to scams and smartphones.

You see, phone scammers are using software to mask their real identities by displaying a fake telephone number.

It’s called “phone spoofing” and its used by scammers to mislead people into thinking the call is from a reputable business or person.

And it can cost a victim – financially.

On Monday, several North Alabama credit unions held a joint press conference at the Redstone Federal Credit Union Atrium on phone spoofing, a criminal act that has affected thousands of people around the country.

The credit unions and the Better Business Bureau of North Alabama will hold a fraud summit, Oct. 1 at 3 p.m., in the Atrium. The lineup includes financial institutions, law enforcement, the Federal Trade Commission, the Alabama Securities Exchange and other agencies. The public is encouraged to attend.

“If a retired police officer can be scammed … anybody can be.”

It’s a sophisticated operation that is fairly simple in this digital age of the Internet and the Dark Web. Most likely, the information was collected through hacking and massive data breaches, such as last September’s Equifax breach where the personal information of more than 143 million people may have been compromised.

One scam that has been prevalent recently involves a call purportedly from a financial institution, e.g., a credit union. The caller has the victim’s name, phone number, last four digits of the credit card and the expiration date.

The victim will be told their card was fraudulently used and the “credit union” wants to put a halt on the account – and needs the three-digit CVS code on the back to verify the account.

This is where the recipient of the call needs to act to prevent becoming a victim.

“You just think it’s your credit union and you’re just giving them the information,” said Leslie Stone of the Rocket City Federal Credit Union. “We do not ask for that information (the three-digit CVS).”

The victims of the scam come from all walks of life, a fact that stuns Kayce Bell of the Alabama Credit Union.

“It’s surprising to me how many people fall victim,” she said. “We’re shocked at the people – high-ranking military, well-heeled people …

“The scammers are very good at what they do.”

Joe Newberry of Redstone Federal Credit Union said the credit unions decided to ally themselves for the good of the public.

“This is a very personal matter to me and our members,” he said. “We’ve had so many data breaches through the years.

“We’re doing this as a coalition of credit unions because we care about our members.”

If someone is suspicious of the caller, hang up and call the credit union number on the back of the credit card or debit card.

“All of the information is available on the Dark Web,” said Elizabeth Garcia of the Better Business Bureau. “We must assume all our information is out there. Be very cautious.

“We ask consumers to trust, but verify; question everything; and think before you act.”

HudsonAlpha conference to bring top researchers to the Rocket City