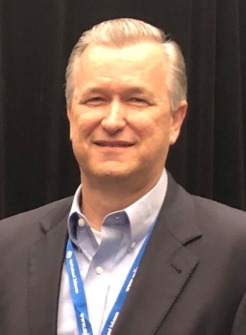 Huntsville is one of the fastest growing local economies in our nation. Boosted by federal and private sector investments, our region is on a strong economic trajectory. In fact, a recent population boom has put the Rocket City on track to potentially be the largest city in Alabama in the next six years.

Our airport represents a key component to continuing this trend because current and new industry considering locating to our region depend on passenger and air cargo operations that support their own operating needs. The local economy depends on our ability to connect with other communities across the globe, so Huntsville International Airport (HSV) is vital to maintain those bonds as the region’s gateway to the world.

But similar to other airports around the country, HSV needs infrastructure investments in order to continue to be able to meet the expected flow of passengers and goods in the future. Projected growth in the area and HSV’s desire to continue to propel this region forward is why in 2012 the airport completed a major $92 million terminal and landside project that included creation of a public waiting area, a security screening checkpoint, a baggage claim and a second parking deck. Those necessary upgrades that were a part of the 2002 Master Plan update have improved the passenger experience and the efficiency of the airport.

Although HSV has seen many improvements and aesthetically offers visitors a very warm welcome to our community, other portions of our terminal are between 30 and 50 years old and in immediate need of improvement. As determined by HSV’s current Master Plan update, the parts of the airport’s facility that passengers use every day, such as elevators, escalators, restrooms and concessions, need redevelopment and expansion to keep up with demand.

In addition, these anticipated terminal improvement projects are imperative to adhere to new federal standards and provide our passengers with facilities that meet their expectations like nursing rooms and pet relief areas.  The terminal improvement projects would reinvigorate HSV and set the stage for continued growth for our region for years to come.

We are grateful to Senator Shelby and our Alabama congressional delegation for recently securing significant FAA discretionary grants, however these funds are designated for specific federal government high priority airfield projects. The previously mentioned terminal improvement projects are considered a lower priority for federal discretionary grants. Therefore, our challenge is to find funding for these necessary terminal improvement projects that are currently on hold.

The good news is that there’s a solution that doesn’t require taxpayers to foot the bill.

If Congress would lift the cap on the Passenger Facility Charge (PFC) — a small user fee paid only by air travelers on which airports depend to fund their infrastructure – HSV could begin this project immediately. The PFC is federally capped at a maximum of $4.50 and hasn’t been updated in nearly 20 years, making it ineffective and inadequate to serve 21st century airports that have experienced inflation just like everyone else.

For example, HSV’s current PFC dollars are already committed through 2030. By modernizing the PFC for the first time since 2001, Congress would allow our airport to generate funding from only the people using the airport, for the project referenced above – all without a dime of taxpayer dollars.

Starting these terminal improvement projects would have a major impact on our region’s economy. On top of the tens of thousands of jobs that Alabama’s airports already support, it’s estimated that these projects would create 608 construction jobs and inject $19.1 million into the Huntsville economy via construction labor wages alone.

Some will say that we should leave the PFC alone. However, those voices fail to acknowledge that maintaining the current PFC could result in stalled growth in Huntsville.

We have recently experienced lower fares at HSV due to the addition of two new carriers and the competition that those carriers created in the market. The improved and expanded infrastructure projects will further encourage the airlines to grow and expand, therefore modernizing the PFC can have a positive and direct impact on passenger fares.

HSV is not alone, America’s airports need nearly $130 billion in infrastructure over the next five years in order to match the demand. It sounds like a staggering number, but the number of passengers traveling through U.S. airports has doubled since 2000 to approximately one billion annually. Conversely, the PFC that pays for critical infrastructure of those airports has not increased in nearly two decades. These airports in their current state were designed for half of that traffic so it is clear that something must be done to modernize airports.

Airports across the country and organizations such as Airports Council International-North America and the American Association of Airport Executives stand alongside numerous conservative organizations asking Congress to consider eliminating the PFC cap entirely or, raising the cap and adjusting it periodically for construction cost inflation.

There’s no doubt that Huntsville is a city on the rise. With a strong economy and a growing population, we are poised to continue to enjoy this success.

HSV has always worked to provide the community with an airport that acts as an economic engine by taking proactive measures that allow for immediate and long-term growth. However, to stay on this path we must ensure that our airport is able to meet the vital needs of the growing population and business community.

Modernizing the PFC isn’t just important for HSV – it’s critical for the future of our region.

(Rick Tucker is the CEO of Huntsville International Airport)