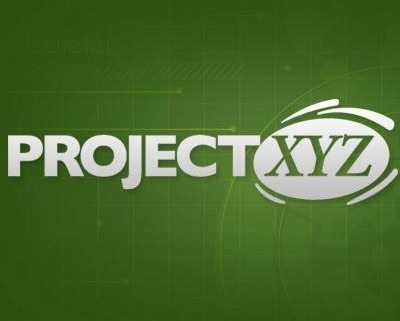 It was just sitting there. Huntsville businessman Larry Lewis created a business entity called ProjectXYZ, but he had a government contracting job that kept him busy.

So, ProjectXYZ just sat on the sidelines waiting for someone to define it. 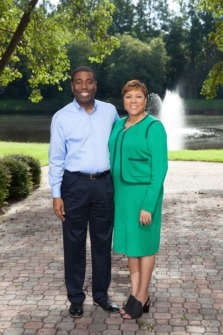 Larry and Kim Lewis: “ProjectXYZ was always about our intent to get involved in a variety of businesses and to diversify.” (Photo/Steve Babin)

In 2002, Lewis was dating Kim Caudle. Looking for a way to make extra money to support herself and her daughter, Caudle was working a fulltime job at the hospital and doing consulting work for the healthcare IT industry at night and on weekends. She was struggling because, despite her background in the business, large health care companies preferred to do business with another business, over an individual.

“ProjectXYZ gave me the company cover I needed for the first five years,” said Kim Caudle Lewis, the company CEO.

She and Larry have since married and in 2007, when the company Larry worked for was sold, he came over to work with her as president of the company.

Larry and Kim merged her IT skills on the health care side with Larry’s 30 years in the government contracting business, to expand their government IT work.

“Larry said, ‘We can go out and knock on a hundred hospital doors and get small contracts,’” Kim said. “’Or, we can concentrate on the government side and get larger contracts.’

“So, that’s what we did. We expanded the government contracting side of the business.”

“I was very excited,” said Kim. “We were chosen as the prime on that contract and not a sub, so that built up our prime contracting capabilities. It also allowed us to build out our infrastructure, which further proved to the government we can do big government contracts.

“Plus, all the health care work we had done was outside Huntsville so that contract kept us focused here in Huntsville.”

For most government contractors, such success would be the end of the story but, for ProjectXYZ it’s just the beginning.

The Lewis’ have a partnership with Darnell “Super Chef” Ferguson and his Super Chef restaurant in Tuscumbia. Ferguson is known for his “Urban Eclectic” cooking style and has won competitions on the Food Network, while appearing on many popular TV shows including “Today,” “Rachael Ray” and a variety of shows on the Cooking Channel, the Travel Channel and HLN.

ProjectXYZ is in the planning stages to bring Ferguson’s restaurant concept to Huntsville this year.

They are also looking to venture into a retail business this year and Larry is launching a new investment company. But the biggest acquisition ProjectXYZ is working on is local TV station WTZT in Athens.

Early last year, Larry became intrigued by the fact there were few black and minority-owned television stations in the country. He started doing research about what it would take to buy one.

“We were actually looking to buy a larger station,” said Larry. “It was going to be a considerable purchase for us, but as it turned out, we were simply not able to stay in the game.”

“Jamie wanting to talk to us about something and we suspected it was not about buying advertising,” said Larry. “Jamie had affiliated the station with COZI TV and negotiated with the cable companies to get on most (but not all) of the major cable carriers in North Alabama. That added a lot of value to the station.”

Not only that, but WTZT is only using one of four channels available, so there is plenty of room for growth if they expand those other four channels. They will have the option of affiliating one or more of the channels with a syndicated network like COZI, or they can keep them for customized programming.

“We are currently awaiting FCC approval and they said it would take 45 to 90 days to approve the transfer so we can take ownership,” Larry said. “We are hoping, in terms of time, to have that approval by the end of March and begin rolling out new programming by summer.”

He said they will continue to work to get the channel on all major cable carriers in the area, and Jamie Cooper will continue his live TV show and shoot new material to keep his “Country Rover” show on the air, a show he has been doing for 30 years.

“COZI provides 32 hours a week of programming and that leaves the rest to us,” said Larry. “I do a lot of stock trading and investments and people ask me about it all the time, so I would like to have some local financial programming; a sports show; community shows that focus on economic development and entrepreneurship; as well as information about nonprofit organizations and what they are doing throughout the area.”

He said once they take ownership of the station, they will be open to outside ideas.

The Lewises have been prominent business owners and long-time advocates for small businesses. Kim was selected to be the Young Professional member of the Huntsville/Madison Chamber of Commerce’s Board of Directors. Shortly thereafter, she was named to the executive committee and is now immediate past chair of the board, having served in that post all of 2019.

The couple purchased the BizTech building in 2014 and, in 2016, Larry became CEO of BizTech, Huntsville’s first and most successful technology business incubator.

“Project XYZ was always about our intent to get involved in a variety of businesses and to diversify,” said Kim. “The company has morphed over the years and its true we have a big investment in the defense industry, but we are continuing to venture out into all sorts of projects, in several industries, with different verticals.”