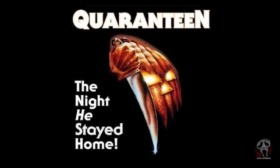 It is evident that Halloween is a popular holiday here in America.

What other time of the year can adults and children alike freely dress up, disguised as their favorite superhero or movie icon, and legitimately beg for candy?

But will this year’s Halloween be different from years past and if so, how?

In the time of COVID, if one thing has proved to be certain, it is uncertainty.

2020 has already proven to be vastly different than any other year. After six months living under the dark cloud of a global pandemic, it is possible that some of the many large gatherings that normally take place here in the Rocket City might take a back seat.

As far trick-or-treating or home-based Halloween parties, it is hard to say.

While no one has directly come out and said, don’t go trick-or-treating, it has been implied.

“Local hospital representatives have advised against any close contact activity,” said Kelly Schrimsher, communications director for the City of Huntsville.

The Alabama Department of Public Health (ADPH) advises that all preventive measures and extreme caution be exercised in any instance where groups of people congregate. 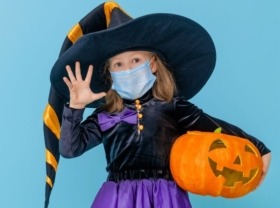 Despite the cautionary statements and recommendations, the natives are getting restless and, after many months of curtailed social encounters combined with a blisteringly hot summer, everyone is eager for the arrival of fall and the sense of merriment that Halloween brings.

Halloween falls on a Saturday this year, which is ideal for families and especially good for local entertainment venues.

But how will it play out here?

“We have several events going on this year and are hoping to add a few more,” said River Reed, event coordinator for Straight to Ale. “October’s Drag Brunch on the 25th is Halloween-themed and we (released) our Old Town Pumpkin Ale as a tribute both to the holiday and Huntsville History Month. Homegrown Comedy and Rocket City Art Hops, which are on the ninth and 15th respectively, also have a Halloween theme and we are encouraging attendees to come in costume.”

As far as hosting an event on Halloween, Straight to Ale hasn’t confirmed.

The state mandate limits eight people to a table and hosting a large group event, such as a Halloween party, presents a unique challenge.

“We do hope to have a costume contest and a few other Halloween-themed events, but we are working out the safest way to do so,” said Reed.

“Our events are all following all of our current safety protocols in the taproom,” said Kimberly Casey, marketing director at Straight to Ale. “This means all venue spaces are at half capacity, tables are spaced six feet apart, and masks must be worn when not seated at your table. Patrons can check out a detailed description of our policies before they visit at straighttoale.com/updates.”

In addition to the social gathering aspect, Halloween is a big deal for retail.

Since the National Retail Federation began keeping track in 2005, Halloween spending has almost doubled. In 2019, close to $9 billion was spent on costumes, candy, and decorations alone.

These figures do not factor in the additional revenue generated at bars, clubs, and other entertainment venues such as haunted houses, corn mazes, and hayrides. Without this substantial boost of holiday-inspired spending, it could mean another massive blow to the nation’s economy.

While nothing has been set in stone locally, it remains to be seen whether any mandates will come into play regarding Halloween activities and events.

In major cities, such as Los Angeles and Chicago, decisions have already been made and revised, or at least modified, in response to community push-back. In L.A., large-scale Halloween events at the big theme parks, such as Universal Studios and Disney have been canceled. At the city level, although the smaller neighborhood events and the door-to-door candy hustles are “not recommended,” city ordinances will not be enforced.

In the meantime, local retail establishments remain hopeful. Stores that specialize in Halloween décor and apparel are well-stocked with an assortment of costumes, just in case.