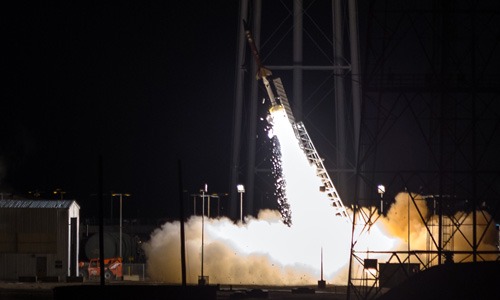 Sitdown with Success is a feature of the Huntsville Business Journal on entrepreneurs and their keys to success. This month’s subject is Lynn Troy, founder/president/CEO of Troy 7. 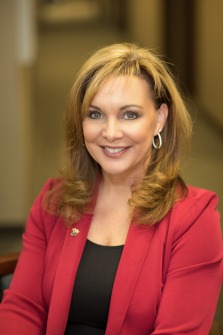 Lynn Troy: “Fear of the unknown shouldn’t hold anyone back.” (Photo/Steve Babin)

Lynn Troy calls herself an unlikely entrepreneur. Coming up through the ranks at Teledyne Brown Engineering from a co-op position while completing her bachelor’s degree in electrical engineering from UAH, starting her own government contracting business was not a long-term goal. That changed when she and her husband John got married and a contract they were working on seemed to be slipping away.

Troy7 has been a contender for the Huntsville-Madison County Chamber of Commerce Small Business Best Place to Work Award for eight consecutive years from 2013-2020, and a winner for six of those years. In 2020, Troy7 was named the Chamber’s Woman Owned Small Business of the Year.

A graduate of the Huntsville Leadership Flagship Class (L29), Troy serves on several local non-profit boards. She is vice chair of Economic Development for the Huntsville Madison Chamber of Commerce Executive Committee; vice president of the local chapter of Habitat for Humanity; treasurer and finance chair for the Community Foundation; 2021 chair of the American Heart Association’s Heart Ball Executive Leadership Team; and 305 8th Street.

She also serves on UAH’s Last Mile Committee; Women’s Philanthropy Society’s Advisory Board; and is a Hudson Alpha Ambassador.

In 2018, Lynn received the Russell G. Brown Executive Leadership award and was recognized as one of Alabama Media Groups Women Who Shape the State.

In 2013 she received the Technology Award from WEDC’s Women Honoring Women.

What initially attracted you to the Missile Defense industry?

When I was in the ninth grade, I had to do a paper on Ronald Reagan’s “Star Wars” (Strategic Defense Initiative) program and honestly, I had no idea that was going to be my career destiny.

I thought I was going to be a lawyer, but those plans changed when I found myself a young mother in high school and unable to go off to college or law school.

My dad encouraged me to pursue engineering. He was a mechanical engineer, and knew UAH had an excellent engineering program. He thought electrical would give me the broadest career options, so I enrolled at UAH. When I began working in the Optics Department developing infrared signature models of rockets, that’s when I knew I was hooked on missile defense.

You started working for Teledyne Brown Engineering while you were still at UAH, is that correct?

Teledyne Brown Engineering hired me into their co-op program when I was 18 years old and I had just completed my freshman year at UAH. I was so deeply grateful for the opportunity to have my first real job that I honestly thought I would retire from TBE one day.

It took me 5½ years to complete my electrical engineering degree but along the way I learned so much about government contracting and the various work Teledyne was doing.

I was able to rotate through different assignments and when I landed in the Optics Department, I was hooked, and had found something that I truly loved doing.

It sounds like you had a strong support system behind you at TBE.

I had some amazing mentors who invested in me and helped me not only technically, but who encouraged me to pursue leadership positions.

I was selected for an incredible opportunity to participate in TBE’s Female and Minority Management Training program.

What triggered your starting your own business?

In the late 1990s and early 2000s, Teledyne Brown was forced to divest the contract I supported to another company, and Teledyne Solutions was created. While we all hoped it would be an adequate solution to create the separation the government required, after a few years the government decided it was still not enough.

It was during this time, the idea of forming a new company came to being. I had recently remarried and the date was July 7, 2007 or 07/07/07, and that is where I came up with the name of our company, Troy7.

My husband John truly believed we could, together, start a new business.

It was a hard decision to leave TBE after almost 20 years and so many wonderful opportunities, but within a relatively short time after we left, Teledyne Solutions was forced to dissolve as an entity, so I believe we made the best decision we could for us and our family.

How did Troy7 evolve?

With the uncertainty and likely loss of the contract we were on at Teledyne becoming more troubling, we began looking for alternative customers and contracts, and discovered an opportunity with the MEADS (Medium Extended Air Defense System) program.

MEADS was a tri-national (US, Italy, Germany) program that evolved out of the U.S. Patriot program, and they were nearing their test phase and needed targets to test their system against.

Target flight testing was truly both mine and John’s professional passions. I loved the threat analysis, which ensured the target matched the threat of interest in optical, radar, and flight performance characteristics.

John loved the rockets themselves and knew every detail about them and processing the telemetry flight data on-site all over the world.

We believed we would never have a better opportunity to see if we could build a company doing what we loved than that moment, so, we pulled the trigger and incorporated Troy7 on Nov. 28, 2007, less than  five months after we got married.

Looking back, it’s pretty surreal that we both quit what had been very stable and wonderful jobs and took that leap together. But we both felt strongly that we needed each other, and wouldn’t have been successful if only one of us had tried to do it without the other.

Was the MEADS program your launch pad, so to speak?

We didn’t bring a contract with us for the MEADS work. It was new work, and we worked with (Space and Missile Defense Command) and the NAMEADSMA (NATO MEADS Management Agency) team to set up their Targets Test Program. We were incredibly blessed to support that effort for five years and many flight tests at White Sands Missile Range.

The final test in the program was a dual intercept mission with a south bound ballistic target – John was the Test Conductor – and a north bound air breathing QF-4 target – where I was stationed.

The MEADS system performed brilliantly and successfully destroyed both targets.

It is a little weird to celebrate the destruction of your work, but that’s the life of targets engineers!

During those five years we were working hard to develop new customers and contract vehicles to grow our business and it was a lot of very long days and nights and several years of no vacations or down time, but it was worth it, and I would do it all again.

In a lot of ways, those early formative years are the most fun and exciting, even though you are tired and struggling at times.

What specific challenges did you face in getting started on your own? 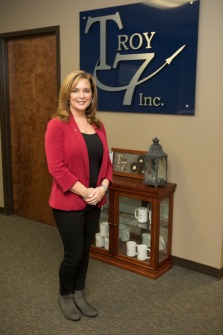 I often tell people, I was too naïve to realize how much I didn’t know about the business side, insurances, taxes, corporation rules, the FAR (Federal Acquisition Regulation), accounting, etc. And it’s probably for the best.

I think it is fear of all those unknowns that holds people back.

I joke that John and I were still in our honeymoon phase, so we were willing to figure it all out as we went. And that is one of the beautiful things about Huntsville. There are so many wonderful and successful people in this town who are all willing to help you, share their experiences, and guide you through the unknowns. Fear of the unknown shouldn’t hold anyone back.

What vision do you have for your business in the future?

We experienced some change in 2020 when John retired.

He had a goal to retire on his 60th birthday so we worked hard to make that a reality last September.

He still comes in a couple days a week to wrap up a project, but it’s more like he’s a consultant, not day-to-day.

This was a huge change for me personally and professionally, and we spent a lot of time talking through the future and our goals.

We know it’s time for us to shift our focus from predominantly subcontracting to going after more prime contracts. We have been so blessed to work with some of the best primes in Huntsville and we have learned so much from them.

It’s our goal to grow into a prime role and treat our teammates as well as we have been treated. Although our biggest customer is the Missile Defense Agency, we also support the Army, NASA, and the Air Force.

Our first priority is ensuring we continue providing excellent support to these customers and exploring prime contract options across our customer base is our current growth focus for the future.

What advice would you give to someone interested in getting into the government contracting business?

Don’t be afraid to fail but be prepared to learn from the surprises and disappointments you will inevitably encounter.

One of my mentors from UAH, Dr. Bassem Mahafza, told me to imagine myself 10 years into the future and ask myself would I look back and regret it if I didn’t at least try. I’m still grateful for his wise counsel.

Number two – build the dream and the vision of your business in your mind before you start building the business. The opportunities will change and the paths to them will detour, but it is essential to know what you’re striving to accomplish before you take the first step toward that goal.

Number three – don’t be afraid to ask for help and seek advice. Huntsville is rich with successful small businesses whose founders and leaders are eager to advise and mentor new small businesses.

Troy7 and I personally have benefitted greatly from Huntsville small business leaders for over 13 years. I continue to try to pay it forward and help mentor new small businesses the same way I was blessed with help.

I will say, there are more barriers to entry today than when we started Troy7. Expensive IT infrastructure requirements, slower and more restrictive acquisitions, and downward pressure on rates, to name a few.

All of these factors require careful consideration but should not be deal breakers since there are so many resources available to help.

And probably the most important advice I could offer – carefully choose your employees and respect and take care of them. From the bottom of my heart, I believe Troy7 has thrived because of our dedicated and talented Troy7 family. It is not just the services we offer that make Troy7 a successful company. It’s our people.

Construction on Constellation, the City’s ‘Front Door,’ is...

Get the Inside Scoop Out in the Yard; Milkshake Bar to Open at Town Madison
Scroll to top