Imagine, two people walking down the street toward each other. They both have asthma and their doctors have just prescribed them a new inhaler that’s just hit the market.

As fate would have it, as they approach one another, they both are hit with an asthma attack. Both patients use their inhalers. One person gets immediate relief, the other one doesn’t and dies before the ambulance can get there.

How could something like this happen? More easily than many people realize. 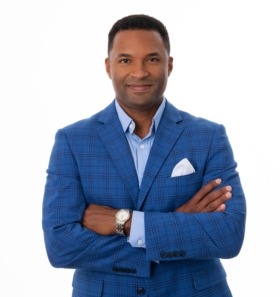 “Sometimes it’s about ‘did this medicine work as good as it should’ and sometimes it’s a matter of life and death,” said Dr. Delmonize “Del” Smith, founder and president of Acclinate Genetics.

As modern medicine advances, it’s become more clear that genetic makeup plays a larger role in the efficacy the drugs they are prescribed than originally believed, according to Smith.

“We just didn’t have enough data and knowledge to understand why.”

Fortunately, this scenario hasn’t happened, at least not exactly like what’s presented above, and Smith and his colleagues at Acclinate are working to make sure it never happens.

According to Acclinate, it’s estimated that, by 2060, non-Caucasians in America will outnumber Caucasians and, right now, ethnic minorities make up about 40 percent of the U.S. population, but only 2-16 percent of the participants in clinical studies.

“As our country becomes more diverse, the time is now to address the underrepresentation of minorities and people of color in genomic research and clinical trials,” Smith said.

The Food and Drug Administration is taking notice of the disparity, too.

Smith said the agency recently said if a drug company is going to bring a new drug to the market, then that drug had to be adequality tested on the makeup of the target market. Specifically, if a drug is made to target an illness that’s more prevalent in African-Americans, then it needs to be tested using more African-American subjects than ones from other groups, which doesn’t always happen.

Finding enough people to participate in those studies is where Acclinate comes in.

Acclinate, located on the HudsonAlpha Institute for Biotechnology campus, was founded with the goal of assisting other clinical research organizations with the diversification of their research samples by expanding their genomic research and clinical trials to include diverse ethnic groups.

“This is something that most people don’t think about when they think about health disparity and health inequality,” Smith said. “Mostly they think about access to health care and doctors, but we believe that this is a significant part of that equation, and this is the part that we want to try to address.”

Basically, Acclinate focuses on building databases of willing participants focusing on minority subjects that they can provide to various companies when they are putting together various drug trials.

The biggest challenge in finding participants is overcoming the misconceptions and lack of knowledge on the subject and finding the right subjects.

For example, right now, Acclinate is looking for a number of African-American men who are HIV positive to take part in a trial for drug aimed at treating the disease. That’s a highly specific group of people.

“How do we do what we do? Part of it is educational awareness, because there is a significant barrier when it comes to people’s willingness to participate in clinical trials, particularly if these individuals are minorities,” Smith said. “Unless these individuals are going through an illness, for example, a late stage of cancer where they are not having any success with their current treatment. What we find is they are much more willing to take part in these clinical trials.

“But, if you go to an individual who is fairly healthy, who hasn’t really thought about this, and you start talking to him about clinical trials, particularly within certain groups, and in their mind they are thinking I don’t want to be a science experiment. I don’t want the government injecting me with things.

“So, we have to spend a tremendous amount of time educating people on why it’s important.”

Progress is turning the Rocket City into Crane City