This is an update to our original story. Our intent is to share more details about the incident in order to better inform the public about how human traffickers operate.

It began with a lost car in the parking garage at Huntsville International Airport and ended with three airport employees and a Delta Airlines manager halting what the Department of Homeland Security and Transportation Security Administration confirmed as an attempted human trafficking incident – the first known incident of its kind at HSV. 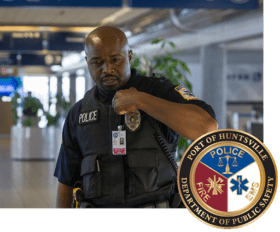 Kuner encountered a woman in the airport parking garage, distressed because she could not find her car. In helping her locate it, Kuner and the woman struck up a conversation in which the woman shared how excited she was for her daughter who had answered an ad for a modeling job. The “modeling agents” had bought her an airline ticket, and her mother had just dropped her off at the terminal to go meet them.

Kuner has been trained to recognize that human traffickers often use manipulation or false promises of fame and fortune, well-paying acting and modeling jobs, or romantic relationships to lure vulnerable victims into trafficking situations.

Knowing the daughter would be waiting alone at the gate, Kuner walked down to the terminal to see if she needed anything and immediately recognized her based on her mother’s description. She was immediately suspicious because modeling candidates tend to be tall and this young woman was petite.

Kuner sat down and struck up a conversation with her and introduced her to a public safety officer at the airport. The officer talked about how human trafficking works and to get reassurances from her that the people on the other end were legitimate. The officer then offered to have a public safety escort meet the young woman at her destination, to assist her in finding her party. 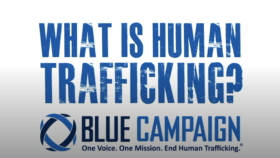 The young woman, 21, was capable of making her own decisions, and Kuner was unable to convince her there might be a problem.

All the time they were chatting, however, the woman was getting a barrage of texts asking her questions like, “Where are you now?”, “Who is with you?”, “Have you boarded yet?”

Kuner spoke with a woman on the other end of the line who sounded convincing, although Kuner was still suspicious as the passenger boarded the plane.

As it turned out, while the young woman was on the plane waiting to take off, her contact texted her they had cancelled her flight and told her to get off the airplane.

Authorities are now certain she was walking into a human trafficking trap and believe she had already been sold before boarding the plane.

“That was all I could hope to accomplish, to stop her from taking that flight because the circumstances didn’t make sense,” Kuner said. “The customer later called us to tell us how thankful she was for our actions.”

The Department of Homeland Security said millions of men, women, and children are trafficked worldwide every year and if it can happen here in Huntsville, it can happen in any community to anyone.

“The Alabama Human Trafficking Task Force stated that human trafficking is now the fastest growing criminal industry in the world and notes that this is not just a global epidemic, but a local one as well,” said Tucker. “We teach our employees and all of our partner organization’s employees at HSV to always be alert to customer needs.”

He said this awareness includes everything from requests for simple conveniences, all the way up to security measures utilizing the DHS’s “See Something, Say Something” campaign.

“In this instance, we had several employees that took that training to heart, noticed some irregularities and ultimately saved the life of a passenger that was confirmed to have been targeted for human trafficking,” Tucker said.

“We will continue this training with our employees because our passengers are our priority at Huntsville International Airport.”