Huntsville is accustomed to goal-oriented missions.

When it was determined that our healthcare system could be overwhelmed by a surge in COVID-19 patients in North Alabama, Madison County residents and business owners took unprecedented steps to follow state and federal guidelines for social distancing. They closed their businesses and sheltered at home to help flatten the curve against exposure to the virus. 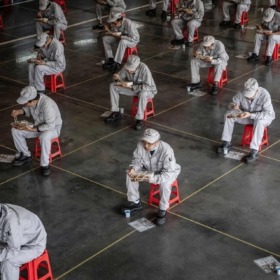 Under all discernible yet cautious reporting, COVID-19 cases seem to be waning and our hospitals seem to be buffered against the threat.

But this mission is different from any other. At what costs have we seen success? What does an economic recovery following this pandemic look like? When will it occur? How long will it take to get back to “normal”? Will there ever be a “normal” or will it change us forever?

These are the questions posed to Wafa Hakim Orman, Associate Dean for Undergraduate Programs at the College of Business & Associate Professor of Economics and Computational Analysis at the University of Alabama in Huntsville this week during a teleconference call with the Huntsville-Madison Chamber of Commerce.

“Economically, things are very bad right now,” said Orman “The problem is our normal indicator models don’t do us much good because they are monthly or quarterly.”

For instance, the national labor force is around 164 million. Before the pandemic started, unemployment was about 3.5 percent. The April unemployment rate was 14.7 percent.

Compared to the financial crisis of 2008, this is off the charts. Even when compared it to the Great Depression of 1929, unemployment was high, but the fall-off was gradual, not all at once.

“The country has never seen anything like it. It is completely unprecedented,” said Orman. “There are however some alternative indicators available if we look for them and one of those is electricity demand.

“The Department of Energy provides hourly indicators on electricity demand and you can tell if commercial establishments are shutting down because electricity use will be lower. Based on up-to-the-minute indicators provided by University of Chicago economist Steve Cicala, electricity use has plummeted, and this information has been adjusted to allow for temperature, weather patterns, and holidays.”

Electricity demand should be at the February average of 2 percent. After March 15, it dropped precipitously to nearly -8 percent.

“I did a similar analysis for the areas covered by the Tennessee Valley Authority, because that’s the smallest scale at which we can get this electricity data for our region, and the results are very similar,” she said.

Another alternative source of data comes from a website called Homebase.com.

“They provide timesheets and scheduling software and they have very helpfully made aggregates of what they’re seeing available on their website,” Orman said. “You can see the impact on local business from their customer base looking at hours worked. Again, we see a sharp decline, and when you look at it by industry, this provides us with something I think we should be paying a lot of attention to as we think about reopening.”

Orman believes the businesses that are seeing the biggest declines are likely to be those people will be the most reluctant to go back to after reopening.

“As an economist, what we have is essentially a major shock to aggregate demand,” she said. “And it creates this tension. We need to save lives by shutting down, but we also face terrible consequences from the economic shutdown. Increases in unemployment, increases in poverty, and all the negatives we know are associated with recessions, are really intensified in a short period of time right now.”

While the number appear to be flattening the curve and social distancing seems to have been a successful strategy for slowing the spread of the virus, the long-term effects are unknown. Orman however presents some ideas for discussion.

“And it is completely implausible that we just wait for some bell to ring that tells us the virus is no longer a threat. That is impossible. It will have to be a phased reopening but how does that unfold?” she asks.

She admits a slow, limping back to normal over a prolonged period is difficult to assess at this point because IF we begin to reopen the economy to some non-essential businesses, we risk seeing another spike in infections and that will be bad news that affects further openings.

And there are yet other considerations equally as concerning.

“What businesses will people actually go back to and what businesses are likely to continue to suffer, even after we reopen,” she said. “Looking at data from Homebase.com, home and repair and transportation don’t involve much contact so people will probably be quite happy to see those reopen.”

Orman believes there will be some pent-up demand with people stuck in their houses for a couple of months. They will want to go to a restaurant, buy things they have been needing or wanting, take a hiking trip, go camping, or attend a social gathering at a local venue. People will be able to get a leak in their roof fixed or plant their spring garden, but what about professional services?

She points out it may be a while before people are comfortable with touching gym equipment someone else has been using; getting a manicure, a massage, or even a haircut because it requires a lot of personal contact with another person.

“And what about the food and beverage industry,” she asks. “We’re talking about opening restaurants, but they will have to deal with capacity. They still will not be able to employ as many workers as they did before, leaving some unemployed.”

During the pandemic, automation and teleconferencing has replaced in-person contact so although many industries have been using self-checkout counters and teleconferencing software as a back-up, how many jobs will be lost to fully-automated services; how much business travel will be cut in lieu of online meetings; and how many office jobs will move to telework?

There is also a question mark concerning education.

“Students are being forced to adapt to online learning, including elementary school and kindergarten. Those that can move online, have done so, but education at the lower grade levels like kindergarten through 12th grade may be online this semester; but what happens to other educational activities like afterschool programs, sports, tutoring, music, and extracurricular activities like summer camp? 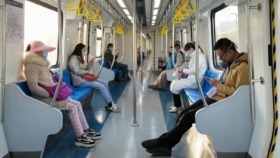 “How long will it be before people are comfortable sitting in a crowded movie theater, attending a concert, or other events that involve large numbers of people in one place,” she poses.

She will not be surprised if relatively high unemployment remains for a while as people don’t get rehired such as teachers aides, personal trainers, and extra restaurant workers.

Orman said at that point, unemployed workers will continue to be a drag on GDP.

“By fall, that’s starting to get far enough in the future that although difficult to predict, I think the best we can do is an optimistic scenario and a pessimistic scenario,” she said.

“In the optimistic scenario, our healthcare system can put in place widespread contact tracing and widespread testing, so if someone is diagnosed, we treat them and everybody they’ve been in contact with. Those people are quarantined but everybody else can go back to normal.

In that scenario she said it is also possible to develop the so-called herd immunity – that once enough people have the coronavirus, it is not such a problem anymore.

“Most businesses open, and we can realistically hope hiring and spending start to increase. This is happening in China where they are experiencing a V-shaped recovery for manufacturing that’s taking off but again, tourism and personal service industries are much, much slower.”

In the pessimistic scenario, she said we do not yet have widespread contact tracing and testing and the virus spikes back up. In this scenario it will be like the 1918 influenza virus that started out relatively mild in the spring of 1918, then surged with a vengeance in the fall of that year.

“Pandemics and epidemics have throughout history, resulted in big long-term changes to society and I wouldn’t be surprised if we don’t see the same with this one,” said Orman. “And how soon economic recovery takes place depends on what American society is willing to live with.”

“This is a free country. We prize our freedoms, so will we submit to required testing on a regular basis, or being told you need to be in quarantine because of someone you’ve been in contact with has contracted the disease and you need to be quarantined for two weeks, even if you’re not feeling sick?

And will widespread mask-wearing make sense, and will people comply with it? Orman said it’s hard to see how it won’t become standard at this point, but how will people feel about it in the long-term?”

The differences are stark of Chinese factory workers maintaining 6-foot social distancing while enjoying lunch at a manufacturing plant looks more like an image from a prison.

One image shows a sparsely populated subway in Beijing with passengers sitting 6 feet apart in a car that is usually very crowded.

And perhaps the most telling picture of all – a wedding, where aside from the bride and groom, everyone in the wedding party, including the photographer, are wearing masks.

After seeing these images – to what extent are people going to be comfortable with this and for how long?

“These are still the probing questions,” Orman said.