If Wes Neighbors is reading the tea leaves correctly, independently owned local radio stations might have a bright future if the coronavirus doesn’t cause much more financial headache. 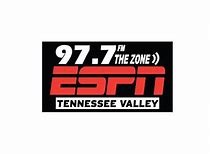 Neighbors, a financial consultant by trade, owns 97.7 The Zone that carries sports talk and live events such as Auburn football, UAH basketball, and high school games. He said the trend he sees is moving in favor of local content.

“I’m finding that people are ready to go back to the local shows,’’ said Neighbors, who also co-hosts The Drive with Steve Moulton weekdays from 5-7 p.m. “They want to hear their contemporaries on the air. I almost think it’s going in that direction.’’

“It’s been a learning experience,’’ said Neighbors, a stockbroker by trade. “I thought I’d do a show two to three months and here I am.’’

Holland of WTKI is also an on-air personality and is the longest-serving talk show host in North Alabama with his first program airing on the station in 1992.

According to the station’s website, his 6-8 a.m. show “Talk Radio for Real Life’’ is “the evolution of talk radio from merely debating political theory to offering a vehicle for solutions to life challenges.’’

Holland had stints at other stations. He even did sales for two years.

But the urge to get back behind the microphone was too great and he took a show on WVNN. In 2010, he thought owning a station sounded good.

“I kept driving by this place (WTKI) and decided to make an offer,’’ he said. “They took it.’’

With three employees, including himself, and one part-timer, Holland said he’s a jack-of-all-trades at the station. But, he’s still going strong at 68 years old.

“I got the bug when I lived in Ottawa (Ontario),’’ he said. “The voice of the Rough Riders, Ernie Calcutt, he lived down the street. He gave me a tour of the station and I was hooked.’’

Holland said one of the biggest challenges of operating independently is his staffing budget. The station has just three employees, including himself, and one part-timer.

“Anything that needs to be done, like replacing the toilet paper roll, I’m the one who has to do it,’’ he said.

Batts is the “Old Pro’’ among the local owners. He and his wife, Dr. Virginia Capers, bought WEUP — the state’s first black-owned station — in 1987. The couple has since added two more AM and one FM stations.

WEUP began broadcasting as a 100-watt AM station in 1958 from a trailer on the grounds of Syler Tabernacle Church with a mix of gospel, sermons, news, and rhythm and blues. It now broadcasts 25,000 watts from its building on Jordan Lane.

Batts, who also owns the Hundley Batts and Associates Insurance Agency, was inducted into the Alabama Broadcasters Hall of Fame in 2019.

“I’m excited that someone would even put my name in as a candidate because I know the ABA does its research before they even give you a ‘hello,’ ’’ Hundley told the ABA at his induction. “So, I’m just tickled pink.’’ 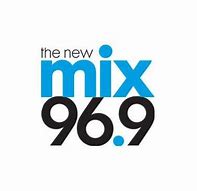 Neighbors said other than his relative lack of experience — he’s owned the station for just one year — budgeting is also a concern as it is for all independent stations. And not just during the Covid-19 pandemic and the resulting stay-at-home order that recently was lifted.

“I would think one difficulty is the economics of scale,’’ Neighbors said. “If you’re a major station, there are deals you can make. If you’re with Cumulus you can get Tennessee football through Learfield and Learfield also has Alabama football. They might not have to pay as much for one or the other.’’

Another hurdle independents have to jump is they get very little advertising outside of the city from where they broadcast.

“We get some sales out of Guntersville and some out of Scottsboro and of course we love having those people,’’ Neighbors said from his downtown office not far from WTKI’s studio. “But our majority of sales come from a probably 10-mile radius of where I’m sitting right now.’’

In the midst of the pandemic, his station has lost some sales and has seen an economic downturn that mirrors the market — 35 percent from mid-March until the re-opening. He also said the station was working with advertisers during the current financial crises, his staff brainstormed ideas so they “wouldn’t have to talk about the virus every day,’’ and that some sponsors have “stepped up.’’

While acknowledging it was “hard to make money when there are no sports’’ Neighbors said his staff put in the necessary work to keep things moving forward.