Instead, he’s helping the club Band-Aid what so far has been a lost baseball season across the nation in the wake of the COVID-19 pandemic. 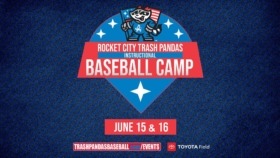 “You look forward to a baseball season, covering games and being around players and managers and riding the bus and seeing different cities seeing different ballparks and, you know, getting better at your craft and things like that,’’ Caray said. “And then all of a sudden, one month out (from the season opening), and have that all taken away from you over something you can’t control is frustrating.

“But then you look at what’s going on across the country and across the world and I realize it’s really not that bad. And I also appreciate the fact that, in comparison, we are fortunately in a much better position than a lot of other Minor League Baseball teams.’’ 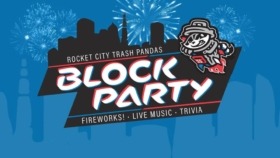 In lieu of baseball, the Trash Pandas hosted their first “Block Party’’ at the sparkling new Toyota Field last weekend. There have been kids’ day camps the past two weeks and the first On-Field Movie Night, presented by Paragon Research Corp., takes place tonight at 7:15; gates open at 6 p.m. Tickets are $10 for adults and $8 for kids. The movie is “Angels in the Outfield” – the Trash Pandas are the Double-A affiliate of the Los Angelse Angels. Folks can sit on the field (blankets only, no chairs) or in the stands. Concession stands and the Junkyard team store will be open.

Upcoming events include a Trash Pandas Instructional Baseball Camp June 15 and 16 and another Block Party on June 19, featuring live entertainment and fireworks.

On July 3, the Fourth of July weekend kicks off with an Independence Eve Block Party. Block Party tickets are on sale now at TrashPandasBaseball.com/Events and the Toyota Field Ticket Office.

A July 4 features a patriotic extravaganza will feature the “biggest fireworks display in the Metro!’’ Tickets go on sale today at 9 a.m. 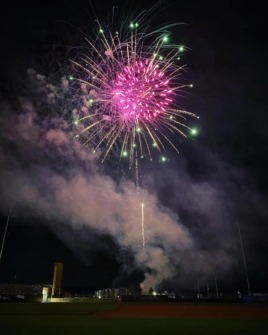 For each event, Pepsi Gates will open at 5 p.m. and Trash Panda Nation full-season ticket holders will gain early entry at 4:30 p.m.

“There’s nothing like fireworks blasting off in the summer surrounded by friends and family,” said team President and CEO Ralph Nelson. “We can’t wait to deliver our slice of Americana to this great region with our summer lineup that will knock it out of the park.”

Admission to each event is $10. Kids two and under enter for free, and there is no charge for parking.

In accordance with CDC guidelines, the facility will operate at half-capacity for all events.  Fans are encouraged to purchase their tickets in advance

The events are added to a slate of activities the organization has produced since the latest amendments to the state’s Safer at Home Order.

“We’re adjusting and doing the very best we can,” Nelson said. “I mean, we’ve got very, very talented people in our organization who oversee entertainment and promotions and things like that, so we’ve been able to make this into a positive situation and it’s been a very negative situation with regard to baseball.’’