The U.S. Space & Rocket Center and Space Camp are in jeopardy of permanent closure due to devastating economic challenges caused by the coronavirus pandemic. 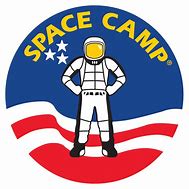 In an effort to remain open for future generations of visitors and campers, the U.S. Space & Rocket Center and Space Camp are launching a “Save Space Camp” campaign. The campaign is seeking donations from Space Camp alumni, residents of Alabama and fans and visitors to continue Space Camp’s mission of education and inspiration.

In a news release, the center said it must raise a minimum of $1.5 million to keep the U.S. Space & Rocket Center museum open past October and to reopen Space Camp in April 2021.

The Space & Rocket Center closed in March due to the surge in coronavirus cases in the U.S. The museum reopened in late May, but with far fewer than normal visitors.

Space Camp did not reopen until June 28, and then with only 20 percent of its usual attendance. With limited admission from international students and school groups this fall and winter, Space Camp will again close for weeklong camp programs in September.

Facing a nearly 67 percent loss of revenue, the Rocket Center laid off one third of its full-time employees in May and was unable to employ an additional 700 part-time employees who typically work in all areas of Space Camp and the museum. The majority of the remaining full-time employees have been furloughed since April.

At this time, local, state and federal agencies have not been able to help the Rocket Center though these difficult times.

“However, we firmly believe that failure is not an option, and we are turning to the public for support,” the center said in the news release.

As an educational facility, the center has helped launch thousands of successful careers in aerospace, engineering, science, education and other fields.

According to the most recent economic impact studies, the Space & Rocket Center generates $120 million in annual revenue for the state of Alabama and serves as a magnet for visitors to Huntsville. The Rocket Center has been the top paid tourist attraction in the state for seven straight years.