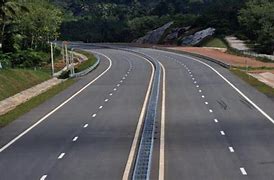 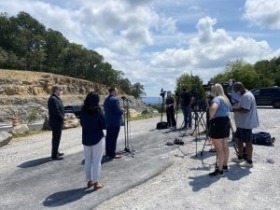 The $18.1 million project was part of Mayor Tommy Battle’s 2012 “Restore our Roads” initiative that jointly funded more than $250 million in major road improvements with the Alabama Department of Transportation.

Construction began on Cecil Ashburn in January 2019 when Carcel & G Construction shut down the former two-lane road to fast-track roadwork. The expedited timeline allowed the city to reopen two lanes of new road 10 months later. Since that time, crews have been working to complete the project before the end of 2020.

“We are pleased to give this road back to our community, four months ahead of schedule and under budget,” said Battle. “This is a beautiful, scenic road that will serve us for decades to come.”

The road’s extra capacity will allow Cecil Ashburn to accommodate more than 34,000 daily commuters. A number of safety improvements were included in the design and construction including the addition of 8-foot-wide shoulders for cyclists and pedestrians. The result is a safer, quicker and higher capacity route that connects East Huntsville’s Big Cove/Hampton Cove area to downtown Huntsville, Redstone Arsenal, Cummings Research Park and beyond.

“Our goal was to increase capacity and improve safety on Cecil Ashburn,” said City Engineer Kathy Martin. “I want to thank the mayor for such a unique opportunity to work on this challenging project with a dedicated team. Not everyone gets to work on such a dynamic project within their career.”

“Wynn’s determination and attention to detail made all the difference to bring this project in on schedule and within budget,” she said.