We all knew that Huntsville is a great place to live, work and raise a family. 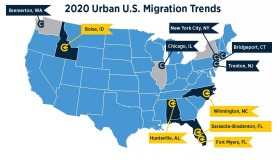 Now, a study that shows Huntsville is the No. 4 choice for people to move to just reinforces that position.

United Van Lines released its 44th annual National Migration Study, revealing in 2020, Americans continued to move westbound and southbound – and the COVID-19 pandemic factored into and accelerated many of those decisions to move.

According to the study, which tracks the company’s exclusive data for customers’ 2020 state-to-state migration patterns, Huntsville was the city with the fourth-highest percentage of inbound migration with 70 percent among cities experiencing more than 250 moves with United Van Lines. 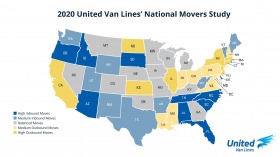 Meanwhile, Alabama was the No. 8 destination among states with 59.7 percent of the moves inbound. The study showed that nearly 47 percent of those moving to Alabama cited jobs as the reason; 30 percent said family and 21 percent said retirement.

Idaho was the state with the highest percentage of inbound migration (70 percent) among states for the second consecutive year. Topping the list of outbound locations was New Jersey (70 percent outbound), which has held the spot for the past three years.

“For example, as more people experience job and lifestyle changes amid the pandemic like remote working, we’re seeing they have more flexibility in where they can live – many choosing to move from urban to more rural areas.”

Huntsville Home Values Increase is Among Highest in US