Dynetics has submitted its proposal for Option A of the Human Landing System for NASA’s Artemis Program. The team has also completed the HLS Continuation Review, a critical milestone during the 10-month base period, which NASA will use to assess progress on HLS hardware development and program plans.

The Huntsville company is performing main engine tests at its propulsion test site in Huntsville and at the Marshall Space Flight Center. Dynetics, a wholly owned subsidiary of Leidos, has also conducted tests of its smaller reaction control system engines at its own facilities. 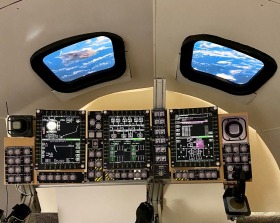 “Our team is making great progress on our system design and analysis, hardware development, and testing. The incredible volume of technical data and outstanding products delivered to date speak to the power of the swift, yet rigorous, engineering approach with which the team has executed,” said Kim Doering, vice president of space systems at Dynetics. “We believe this body of work lays a solid foundation for our crew-centric, sustainable solution to become NASA’s choice for safe human transportation to and from the lunar surface.”

Members of the team are Sierra Nevada, Oceaneering, Paragon Space Development and Maxar Technologies. The team will continue with the subsystem- and system-level design reviews and critical technology demonstrations as it awaits NASA’s Option A selection decision early this year.

Movin’ in! Huntsville is the No. 4 Destination for United Van Lines C...

BeeZr – An ‘Excellent’ Addition to the Downtown Vibe
Scroll to top