Plant genomics researchers at HudsonAlpha Institute for Biotechnology announce the surprising results of a cotton sequencing study led by Dr. Jane Grimwood and Jeremy Schmutz, who co-direct the HudsonAlpha Genome Sequencing Center. The goal of the project was to identify differences among wild and domesticated cotton that could be used to bring back traits like disease or drought resistance. The results, however, surprised the researchers and led them to unexpected conclusions, as described in their paper in Nature Genetics. 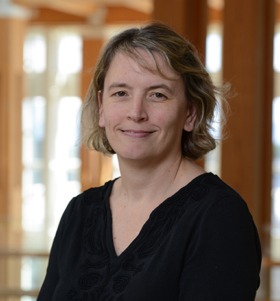 “The importance of this study is that it helps us understand more about cotton fiber development,” said Grimwood, who is a faculty investigator at HudsonAlpha. “But perhaps more importantly, it reinforces the surprising concept that wild and domesticated cotton is remarkably similar, leading us to the conclusion that we will need to work on other approaches to generate diversity for cotton species.”

For the study, the group sequenced and pieced together the complete genomes of five different species of cotton – both wild and domesticated – for comparison. Their genomic analysis showed that two ancestral diploid cotton genomes came together to form what is basically the modern tetraploid cotton between 1 and 1.6 million years ago.

“When we compared the wild cotton plants to domesticated cotton, we expected to see that the wild traits had been lost,” said Schmutz, a faculty investigator at HudsonAlpha. “What you typically see with these crops is that all the selection has gone into improving production, potentially at the cost of losing beneficial genetic material from the wild species.”

What they found, however, surprised them.

The wild and domesticated genomes, it turns out, were incredibly similar. 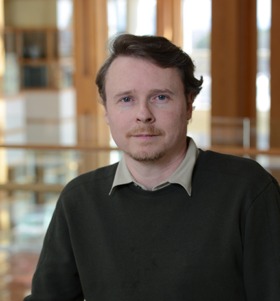 “There’s less diversity between what are supposed to be different species of cotton than between two humans or even within different cells in a single human body,” Schmutz said.

This lack of diversity means that researchers won’t be able to as easily reach back into the wild cotton gene pool to introduce lost traits such disease resistance back into cultivated cotton plants.

“We can’t only rely on the gene pool to make changes to cotton as a crop because those wild genes don’t exist. The only real way forward is really going to be targeted genome editing,” Schmutz said.

Even though the group was surprised to find so much similarity among the cotton genomes, they did find some useful variation. Wild cotton, for instance, has some more genetic disease resistance triggers than cultivated cotton varieties, which tend to be more vulnerable.

“This is the basis from which we can start to compare what else we can do with existing cotton diversity,” Grimwood said. “Breeders have selected for ‘improved’ strains of cotton based on how the plants perform in the field, but they don’t necessarily have a full understanding of the changes they are making on the genetic side. With this new information, they can really look at what their selections are doing on a genetic level.”

Even though the project results were unexpected, the entire team is confident that the newly assembled cotton genomes will lead to direct benefits for cotton producers and the cotton industry.

Don Jones, the director of Agricultural Research at the nonprofit Cotton Inc., said these reference grade assemblies are significant advancements for improving the sustainability of cotton production.

“The results described in this Nature Genetics publication will facilitate deeper understanding of cotton biology and lead to higher yield and improved fiber while reducing input costs. Growers, the textile industry, and consumers will derive benefit from this high impact science for years to come,” Jones said.

This work is supported by grants from the National Science Foundation, U.S. Department of Agriculture and Cotton Inc.