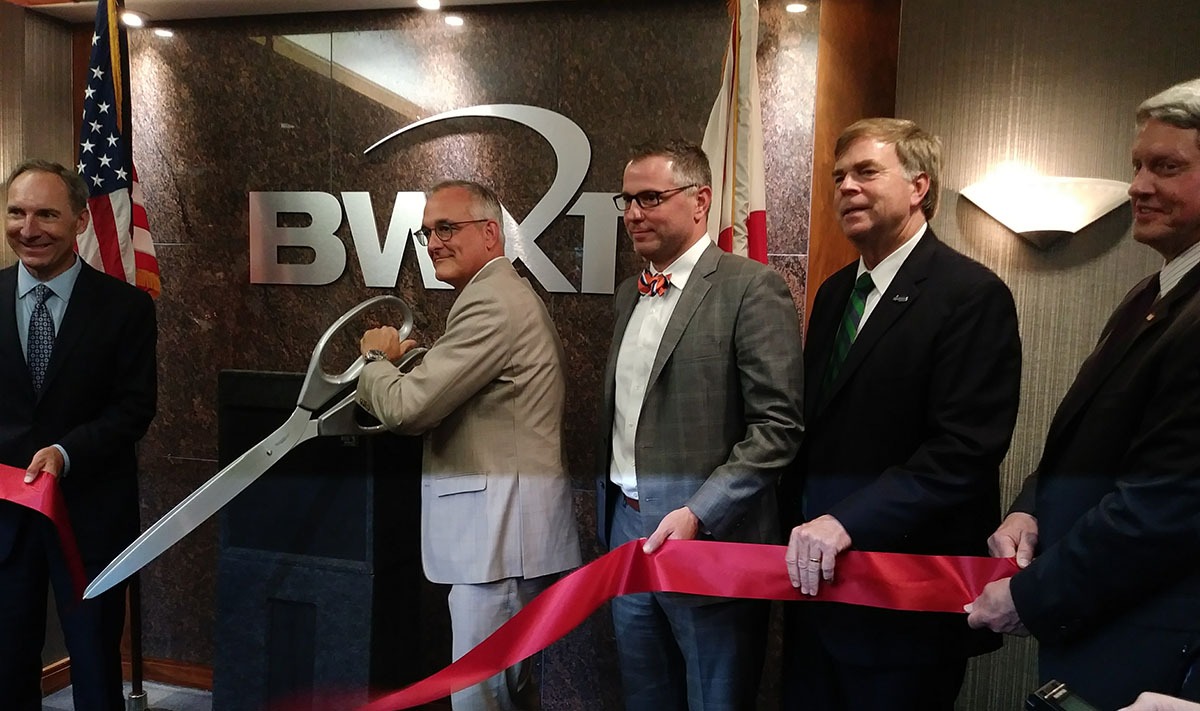 Huntsville has undergone several identities over the past century: From cotton capital to the Rocket City to the Silicon Valley of the South.

Now, there’s a new addition to the city’s monikers – The New Wave of Nuclear.

And leading that wave is BWX Technologies, a leading supplier of nuclear components and fuel to the U.S. government and commercial customers. The Virginia-based company held a ribbon-cutting Thursday for its office in Cummings Research Park.

“We are the nuclear manufacturing company that people never heard of,” said company President/CEO Rex Geveden.

Geveden, who spent 17 years at NASA, joined BWXT in 2015 as chief operating officer, responsible for all operating business units. Previously, he was executive vice president at Teledyne Technologies, leading two of the four Teledyne operating segments – including Teledyne Brown in Huntsville.

“I joined the company because I thought it had promise,” he said. “We manufacture all the fuel, nuclear core and systems for every carrier and sub in the Navy’s fleet.”

The company is also setting its sights on helping space travel – BWXT was awarded a contract by NASA to initiate conceptual designs for a nuclear thermal propulsion reactor in support of a possible future manned mission to Mars.

“That’s an exciting thing about having BWXT here,” said Huntsville Mayor Tommy Battle. “They do really cool things when you think of thermo-nuclear propulsion.

“This brings a new market to our area … makes us stronger, makes Huntsville a better place.”

Geveden said BWXT will eventually hire about 75 to 150 people in Huntsville. “The talent pool here is very important to us.”

BWXT has a vision for the future in Huntsville.