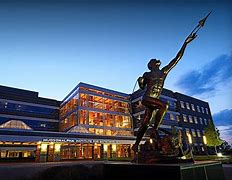 Last month, the ALS Association awarded HudsonAlpha a $20,000 grant, which will be used toward increasing the number of patients to participate in the Crestwood ALS Care Clinic, as part of Impacting ALS.

Directed by Drs. David White and Aruna Arora, the Crestwood ALS Care Clinic is the only National ALS Association Treatment Center of Excellence in Alabama. The clinic is also a Northeast ALS Consortium site with its mission to translate scientific advances into clinical research and new treatments for people with ALS.

“Crestwood is proud to have strong relationships with the ALS Chapter and our patients who are battling ALS,” said Dr. Pam Hudson, Crestwood Medical Center Chief Executive Officer. “We are excited to collaborate with HudsonAlpha on this project to better understand and treat this disease which will allow us to help improve the quality of life for ALS patients.”

ALS (amyotrophic lateral sclerosis) is a progressive neurodegenerative disease that affects the nerve cells in the brain and spinal cord, causing the loss of voluntary muscle control. Commonly referred to as Lou Gehrig’s disease, it is estimated that as many as 20,000 Americans live with ALS; 15 new cases are diagnosed daily.

The life expectancy of a person with ALS is roughly two to five years from the time of diagnosis, although more than half of those with ALS live more than three years after diagnosis.

The goal of researchers is to untangle ALS and to gain a better understanding of the underlying causes. To that end, scientists are employing leading-edge technology, such as genomic sequencing to analyze genetic variants.

“Hopefully, in understanding some of the biology behind ALS, we’ll be able to understand different avenues of how this disease happens, what causes it, and eventually, be able to find targets that can be useful for therapeutics and different treatments,” said Dr. Richard M. Myers, HudsonAlpha President and Science Director. “We are grateful to work with Crestwood and ALS patients right here in Huntsville for this project.”