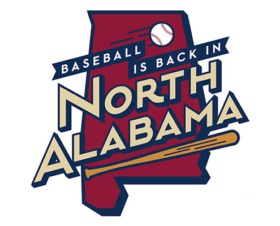 MADISON — Amidst a cavalcade of music, fireworks and unprecedented excitement, the Rocket City Trash Pandas will unveil their team colors and six – yes, 6 – logos at a grand celebration Saturday night in Madison’s Dublin Park.

“We are just so grateful for the unprecedented support we’ve received from Madison, Huntsville and throughout North Alabama, beginning with the largest crowd for a groundbreaking ceremony and highest participation in a naming contest in Minor League Baseball history – all the way to the most demand for merchandise that anybody in our industry has ever seen,” said BallCorps Managing Partner Ralph Nelson. “It’s our honor to put on this concert and fireworks show to thank this amazing community and celebrate its incredible support.”

The team has selected six logos, four team colors, and a unique lettering template, to be featured on T-shirts, sweatshirts, hoodies and non-uniform caps, all of which will be available for purchase in the temporary Trash Panda Emporium, in the gymnasium at Dublin Park following the unveiling ceremony.

The team name was chosen Sept. 5, culminating a two-month “Name the Team” contest which included nearly 30,000 nominations and votes.

Saturday’s free event starts at 6 p.m. with a concert by the band Dirt Circus. The unveiling is set for 6:43 p.m. and the fireworks extravaganza will launch around 8 p.m.

Those who plan to attend are asked to park at Bob Jones High School with shuttle service to Dublin Park beginning at 5:15. Blankets and lawn chairs are recommended for the concert and fireworks show.