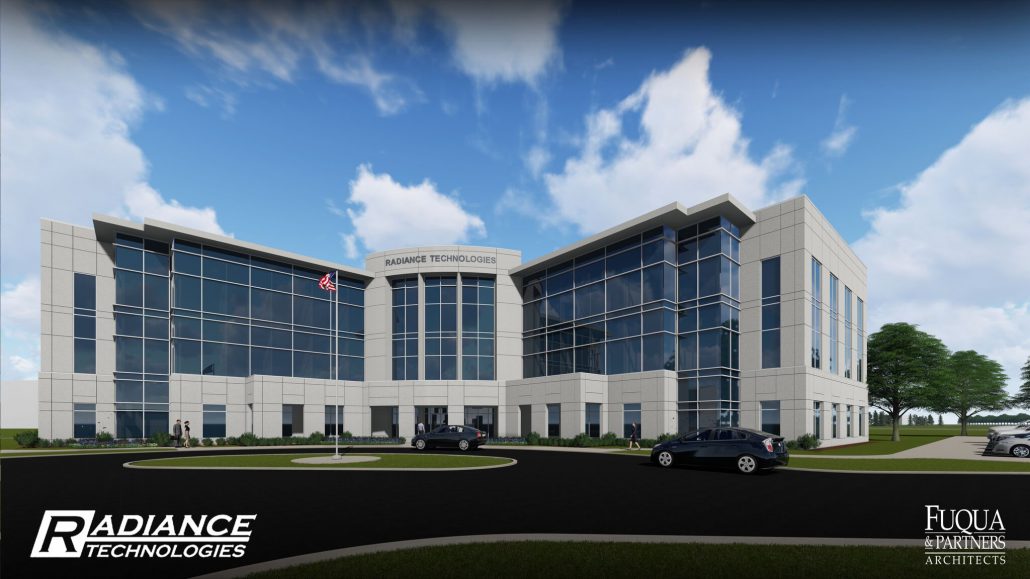 Radiance Technologies plans to move into its new headquarters late next year.

There will be a family reunion when Radiance Technologies’ new headquarters is finished next year.

At the company’s ground-breaking ceremony, Radiance President Bill Bailey said they were ‘bringing the family back together.”

The employee-owned company will be housed in a 100,000 square-foot facility in Cummings Research Park bringing the 500-member “family” together from its current five locations.

Radiance started in 1999 when George Clark, John Dennis and Scott Dublin opened a 3,000 square-foot facility in Executive Plaza with folding tables and chairs as office furniture. The company provides a variety of services and work for primarily government clients in cyber solutions, engineering services, integration and prototyping, operational intelligence and technical intelligence.

Their plan from the outset was to be employee-owned and Bailey cited that concept for the company’s success.

“This is what happens when you have skin in the game,” Bailey said.

The company’s headquarters is on Wynn Drive and will move to the site on Bob Heath Drive in Cummings Research Park next year.

“We’re going to pour concrete next month and construction should take 12 months,” said Gerry Shannon of Triad Properties. “The plans will be finalized at the end of next month.”

The new facility is designed to expand for an additional 30,000 square feet because, according to Bailey, “we will be filled when it opens.”

Harrison Diamond, the city’s business development director who has helped bring companies into Huntsville, said it was great to recognize a local business expand.

“It’s wonderful to watch our home-grown companies growing,” he said.

Bailey saluted the cooperation of the city, the Chamber and county in the growth of Radiance.

“When I’m in other markets, I’m asked why we’re successful,” he said. “… teamwork, unselfish teamwork, that’s the key to success.”

Theme of this year’s SMD Symposium focuses on ‘peer adversaries...