2020 might well be referred to as “The Year of the Firearm.” 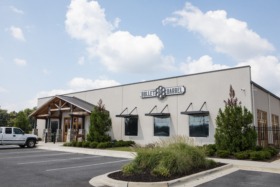 Amid the uncertainty brought on by a pandemic coupled with civil unrest, gun sales have been on a steep, upward trajectory.

Firearm sales took off like a rocket with the arrival of COVID-19 in early March. Just in the first seven months of 2020, approximately 19 million firearms have been sold in the United states.

The states topping this year’s gun purchases are Illinois, Kentucky, Texas, Florida, and California. These four states have had the most background checks for the sale, transfer, or licensing of guns, to date.

Although background checks are key indicator of firearm sales, it also can encompass the sale of multiple firearms.

What is especially noteworthy about this year’s gun buyers is the high percentage of first-time owners. According to the National Shoot Sports Foundation, it is estimated that 40 percent of those purchasing firearms are first-time buyers.

“People want to defend their homes, their communities,” said Melanie Hammer Murray, owner of Bullet and Barrel in Huntsville. “There are so many layers to this onion.”

In a “normal” year, there is a regular pattern of gun purchasing, one that peaks around the holidays and drops off around January and February, then May and June, and once again in August and September.

It is also a common trend for gun sales to rise during presidential election years. Fueled in part by potential firearm restrictions that may come with a new administration, gun sales often pick up the closer it gets to the November elections. 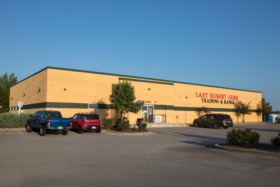 “It was quiet on the gun range during April and May; then the rioting started, and people just went crazy again,” said Russ Durling, owner of Last Resort Guns.

“Gun sales follow a four-year cycle,” said Russ Durling, owner of Last Resort Guns in Madison. “In July-August 2019, we were just at the three-year point and gun sales were really bad.”

This election year’s gun sales have been unusually high largely due to COVID-19, a highly contentious political divide, and the heated uprisings over racial inequality and police brutality.

“We expect to be quiet in January and February,” said Durling. “Then, COVID arrives and people got really panicky. There was a big surge in gun purchases, we were selling quite a lot of guns. It was quiet on the gun range during April and May; then the rioting started, and people just went crazy again.”

Although there has been a significant uptick in new gun ownership, the market is fraught with supply chain issues.

“The big challenge for all firearm stores is that there is not enough ammo or firearms,” said Murray.

Not only are raw materials and components harder to come by, COVID has completely changed up the production dynamics. Social distancing on the production line means staggered shifts, fewer employees, and far less production. This has resulted in the “perfect storm” of raw material storages and reduced firearm production, which comes with its own set of consequences.

“The production line was broken, COVID messed up the supply chain,” said Durling. “No supply; that induces panic buying. There was an ammunition shortage and people were hoarding. It’s a big problem – burgeoning demand and no supply.”

While there has a been a huge boom on firearm and ammo sales this year, Durling speculates that by next summer, business will be quite different.

“There’s lot of people that are going to be saddled with guns and ammo that they didn’t really want and they won’t be buying any in the future.”