High Point Climbing and Fitness will have its own high point at MidCity District.

High Point is hosting a ribbon-cutting Friday at 3 p.m. followed by a grand opening celebration from 3:30-9. Visitors will be able to check out the outdoor climbing wall and purchase memberships and day passes at special discounted rates.

The Huntsville gym will be one of only a few facilities in the U.S. that offers an indoor climbing gym along with an
outdoor freestanding wall.

“We are excited to build an iconic climbing gym in the progressive City of Huntsville, and to partner with RCP Companies to provide one of the first experiential venues at MidCity development” said co-owner Johnny O’Brien.

The indoor facility offers expansive climbing areas throughout the gym, along with a 2,700-square-foot Kid Zone that has climbing elements designed specifically for kids from 3-12 years old.

High Point Huntsville also offers a full fitness regimen including weights, cardio equipment and a yoga studio, along with a gear shop and birthday party rooms to provide members and guests with a full complement of amenities.

One of the most unique features is the 45-foot tall outdoor climbing with more than 6,000 square feet of climbing surface. It is in the public park adjacent to the indoor facility.

“The City of Huntsville approached us to build the outdoor wall, and they have been extremely entrepreneurial in their approach to the project and a great partner to make this iconic outdoor wall a reality,” said co-owner John Wiygul.

Many employment opportunities are coming to town these days, and another one is happening now in Huntsville’s new MidCity.

The new development that has already seen the opening of TopGolf and High Point Climbing and Fitness is preparing for the opening of the unique adult entertainment venue Dave & Buster’s.

D&B’s bills itself as, “The only place to eat, drink, play and watch sports all under one roof!” The 26,500-square foot has targeted Aug. 19 for a grand opening.

“We’re looking for a little over 200 team members,’’ said General Manager Eric Drescher. “We’ve got all positions from front desk to kitchen to bartenders and servers.

“We also have technical positions.’’

Applications will be accepted at the restaurant in MidCity located at the old Madison Square Mall campus on University Drive.

Drescher said D&B’s offers the “latest and greatest” adult entertainment games as well as traditional games. There’s a full-service restaurant with what he called “amazing food’’ and a large bar that would “rival’’ any.

Drescher is a 20-year veteran of the Huntsville area food scene who “picked Huntsville,’’ he said, when given the opportunity open to D&B’s second location in Alabama. 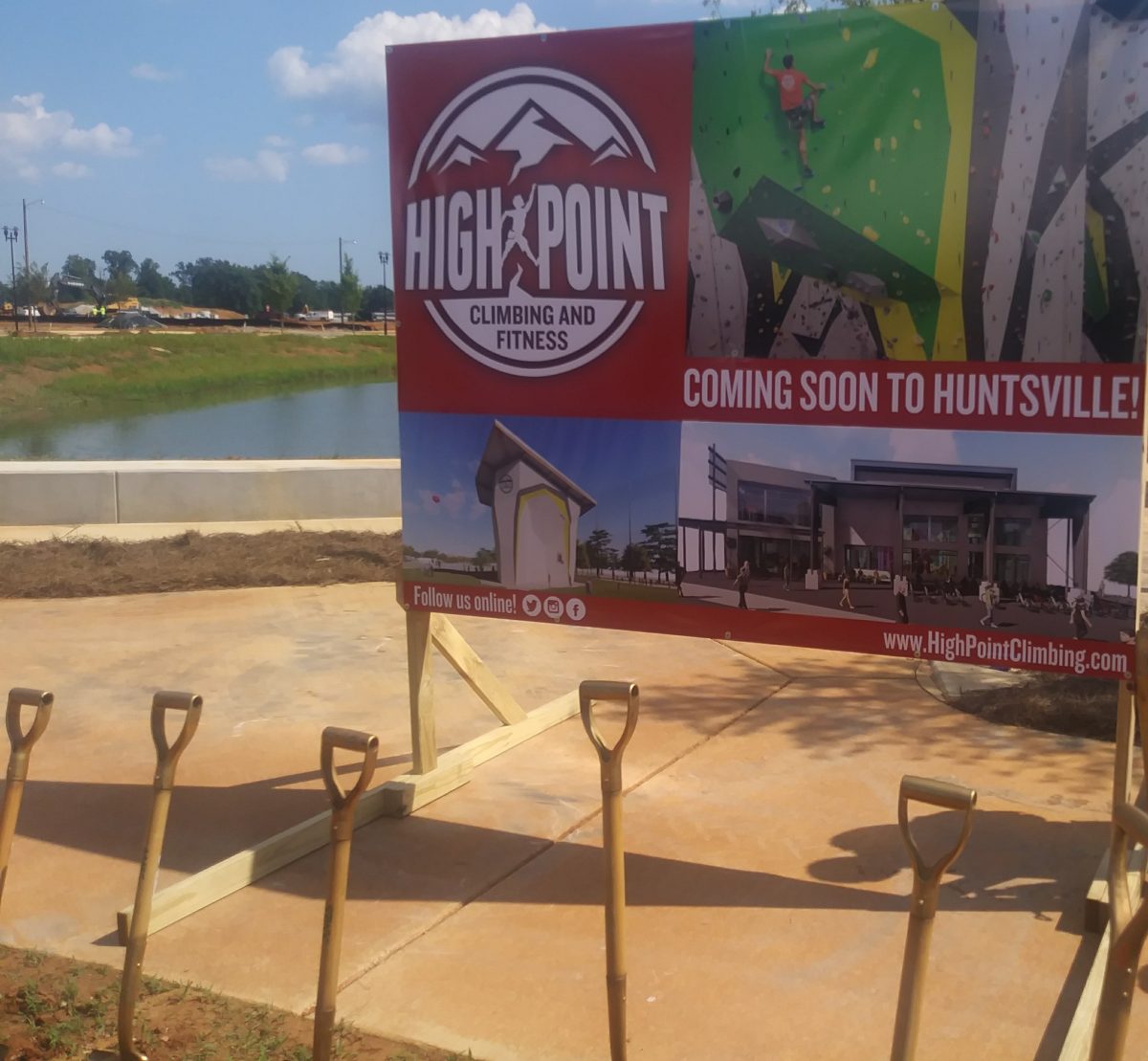 Just a year ago, the Rocket City was not on the top of the mind of the owner of the Southeast’s top climbing facility.

But, after some gentle persuasion by a top city official, that facility is coming to MidCity Huntsville.

“Huntsville was not on our radar until a year ago,” said Johnny O’Brien, co-owner of Chattanooga-based High Point Climbing and Fitness. “Shane Davis (the city’s director of urban development) pushed us … and it became a no-brainer.”

High Point held a ground-breaking ceremony Tuesday adjacent to Top Golf in MidCity Huntsville, the mixed-use development at University Drive and Research Park Boulevard. O’Brien said construction on High Point should start in August with an opening planned for next summer.

The company opened a gym in Chattanooga five years ago and it was named “the coolest climbing gym in the country by Climbing magazine in 2015,” O’Brien said. “And I’m most proud of this one (MidCity) and am excited to get started.” 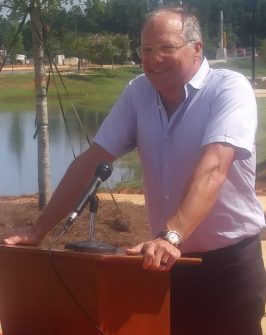 High Point Climbing & Fitness Co-Owner Johnny O’Brien said it was a “no-brainer” to expand to Huntsville.

“The outdoor wall caters to all climbers,” said co-owner and High Point President John Wiygul. “The Kids Zone will have a mini-Saturn 5 to climb.”

“This is a multi-generational experience,” he said. “I love seeing families working out and playing together.”

“We want to exceed everyone’s expectations, from the friendly staff to the quality of the climbing walls, we want our gym in Huntsville to reflect every positive attribute the climbing community has to offer,” Wiguyl said.

The developer of MidCity Huntsville is RCP Companies. Recently ranked as the fourth largest commercial real estate project in the U.S., MidCity Huntsville features first-to-market concepts in retail, dining, entertainment, residential and hospitality, making it one of the most dynamic mixed-use developments in the Southeast.

Topgolf, Dave & Buster’s, High Point Climbing & the Adrenaline Zone, Rascal Flatt’s, Wahlburger’s, and world-class music venues are leading the way in establishing the MidCity as the hub for the Tennessee Valley’s workforce and growing regional population.