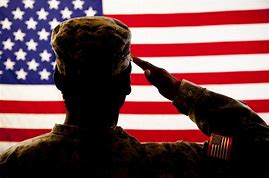 Huntsville is a well-known destination for retiring veterans who want to do business with the government.

In 1992, Rosalyn Thompson-Blackwell and Roderick Herron met during 14 weeks of Officer’s Training at Fort Benning, Ga.

Thompson-Blackwell, president and CEO of Huntsville’s Mb Solutions, had worked as a project manager and acquisitions officer in the Army, stationed in Colorado Springs, Colo. She often came to Huntsville on Temporary Duty because her brother was stationed at Redstone Arsenal.

When she retired from the Army as a lieutenant colonel after 24 years of service, she wanted to start a business that supplied services to the Department of Defense. There was no hesitation about where she would go.

Herron, executive vice president of Mb Solutions, had his college business degree but was deeply in debt. Three years in the Army was the quickest means for paying it off. Twenty-six years later, he found his greater purpose.

When he retired, also as a lieutenant colonel, he made a career decision based on Redstone being the closest military installation to his hometown of Grenada, Miss.

Huntsville is the ‘Pentagon South’

“For Army veterans, Huntsville is known as the ‘Pentagon South,’” said Rich McAdams, president of Ignite, a certified Service-Disabled Veteran-Owned Small Business government contractor headquartered in Huntsville. “So much Army acquisition work is done here, it is said that if an Army soldier writes it, shoots it, eats it, drinks it, or consumes it, the Army Materiel Command in Huntsville buys it.

“AMC has an annual budget of $147 billion a year, so you can see why Huntsville is so well-known and highly regarded among veterans, and especially those interested in doing business with the government or military.”

The Challenges of Starting a Veteran-owned Business

“I had received programmatic and engineering services and knew the military structure and the acquisition process,” she says. “I did not know the business from the contractor’s perspective, so People-Tec mentored me even though they knew I wanted to go into business for myself. They showed me how to cost out contracts and how to manage contracts.”

In 2016, Thompson-Blackwell and Herron opened Mb Solutions together.

“It’s not as easy as it may seem,” says Herron. “It takes a lot of work, a lot of knowledge, the right connections, and many blessings. Sometimes the difference between success and failure is luck!”

“We call it procurement-ready,” says Mary Jane Fleming, Procurement Advisor and VA Certified Verification Advisor at the Small Business Development Center and Procurement Technical Assistance Center. “If you want to do business with the government or team up with large companies, we help you understand the business processes.”

“We went through a lot of growing pains, but we used it to our advantage,” says Thompson-Blackwell. “This is where a military background is important. We used that time to set up operating procedures, write policies, and set up an accounting system. We figured out how our company could be beneficial to veterans with benefits and policies that align with that philosophy. We didn’t waste any of that time.”

According to Foster Perry, director of the SBDC, “This is a military town; Veterans own a lot of businesses here and they hire a lot of veterans. The military has its own culture, so if they can bring someone in who knows that culture, it is a benefit.”

“I admit I am biased when it comes to veterans,” says McAdams with Ignite. “I am biased for business reasons. Vets make great employees.

“At a young age in the Army, you are given a lot of responsibility. At 22 you might be a section leader in charge of five or six soldiers or a squad leader in charge of 10 or 11 soldiers. If you are in Afghanistan, you are going door-to-door looking for bad guys and making life or death decisions. At 26 years old, you can have 100 people working for you and be responsible for over $100 million worth of equipment. Veterans have maturity and judgement way beyond that of a civian peer.”

“We have been on the other side and have a passion for what we do,” said Thompson-Blackwell. “We know the needs of the kids – the soldiers who are still out there on the front lines.

“If I can provide something to make their life easier or that could save one American child’s life, it’s worthwhile.”

“I think once you have done 24 to 26 years of service, it becomes part of who you are,” said Herron. “That service spirit is embedded in you and you still want to be part of it in some way.

“Providing support to the government is like being a part of something bigger than you.”

McAdams said a key to hiring veterans is their strong work ethic.

“If I have two candidates, all things being equal, but one is a veteran,” he said. “I will hire the vet in a heartbeat because of their work ethic, maturity and judgement.”

Rebranded Organization Provides a ‘Catalyst’ to Start a Business