The Alabama School of Cyber Technology & Engineering has received $250,000 in new funds, according to an announcement Thursday. 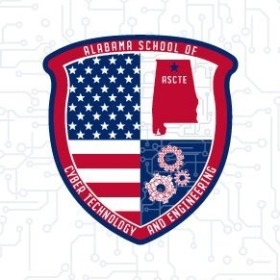 To date, the school’s foundation has raised close to $11 million locally. The goal is to raise $35 million from throughout the state.

Facebook and a pair of Huntsville-based companies made the most-recent contributions.

Facebook, which is building a data center in Huntsville, donated $100,000; Sentar, with owners Peter and Karen Kiss, will contribute $100,000; and DESE Research President Michael Kirkpatrick announced a $50,000 contribution.

ASCTE President Matt Massey recognized Oakwood University and its President Dr. Leslie Pollard, who was in attendance at the announcement.

The school will open this fall at Oakwood, which is serving as the interim site for the first two years while the permanent location is built at the intersection of Bradford Drive and Wynn Drive in Cummings Research Park.

Construction is expected to be finished in the summer of 2022. Initial enrollment is approximately 100 students, with plans to expand to 300 in grades 9-12, with approximately half living on campus in dormitories.

HSV Voted No. 1 Small Airport in the US
Scroll to top