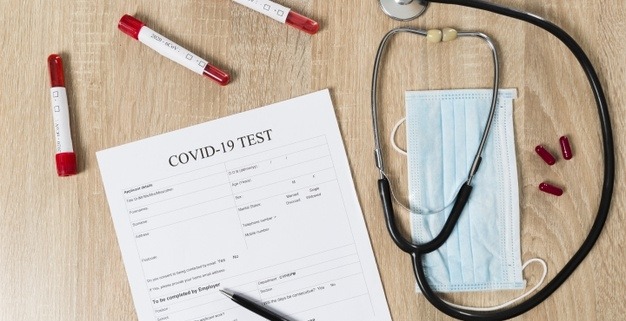 The Huntsville Hospital Health System recently signed an agreement with a wholesaler to supply 200 COVID-19 test kits a day, CEO David Spillers said. The agreement allows the hospital to process kits in its own lab every day, beginning late this week or early next week. 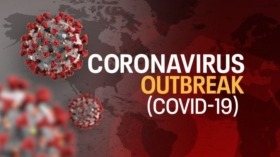 “One of the problems we have been facing is getting access to labs,” Spillers said. “We have the ability to test for COVID-19, but we don’t have the supplies needed to do as much testing as we need.”

On a daily small business teleconference call at the Huntsville-Madison County Chamber of Commerce this week, Spillers gave an overall situational analysis of where his hospital chain is in dealing with the COVID-19 pandemic.

Spillers said there are 800 patients in the hospital and eight of them are confirmed COVID-19 patients. A single COVID-19 inpatient requires 10 times as many resources as a regular patient, Spillers said.

He said some 116 patients across the entire hospital system are waiting for testing results, which can take 24 to 48 hours. Until they know the results, they must treat those 116 patients as if they are positive, even though most of them will be negative.

“In the meantime, we’re consuming massive amounts of personal protective equipment (PPE) resources like gowns, face shields, N95 surgical masks and gloves.” Spillers said. “This new agreement will allow us to turn those 116 patients around faster because we won’t have to wait so long for lab results.

“That will get those testing negative off the resources utilization train.”

Spillers said the Huntsville Hospital system has tested thousands of patients over the last two weeks thanks to testing centers set up in the area. Last Friday, he said they tested close to 600 patients in Huntsville, which is why the positives are going up.

“The more people we test, the more positives we’re going to find,” he said. “Right now, luckily, the number of inpatients is not going up nearly as fast as we were expecting, but that still might happen. Obviously, our fear is an influx of COVID-19 patients.”

A higher than normal use rate is what concerns him.

“You’ve seen the curves on the chart where the trend line sort of goes up slowly and then peaks,” Spillers said. “Well, we’re still on the slow part of the slope and looking at several models, it will be somewhere around two weeks before we reach our peak.”

He said testing is important and by the time they reach that peak, they expect the number of patients to be higher.

“You can see how if we find ourselves with 100 COVID-19 patients, what an enormous amount of resources that will consume,” he said.

One of the first steps was deferring all elective surgeries in the regional hospitals in Athens, Decatur, Helen Keller and Red Bay.

Businesses step up to produce equipment

Spillers also said the outreach from companies to make needed protective equipment, such as face shields and masks, is overwhelming.

“We’ll take all the help we can get right now because our normal supply chains are broken,” he said. “The shipments for a lot of this stuff comes from overseas, and a lot of it’s going to hot spots in the country like New Orleans and New York and other places.

“This disruption in our supply chain means we’re not getting what we would normally get. We have gone off our purchasing contracts to try to buy stuff that was just out there, and we were able to acquire some masks – in fact we should get some more masks in later this week to help shore up our supplies.”

Several entities have stepped up and the Huntsville Madison County Chamber of Commerce is leading the way by helping coordinate community businesses that believe they can help by making some of the needed supplies and PPE.

Spillers said the help is much needed because his supply staff doesn’t have time to run down the dozens of different opportunities people are offering.

“I don’t think there’s going to be a situation where we’re going to get too much of anything, but if we do, we will make sure we get it to some other area in need.”

Businesses that want to contribute should contact Lucia Cape, the Chamber’s senior vice president for economic development, industry relations and workforce, at 256-535-2033 or visit https://hsvchamber.org/category/news/covid-19/.