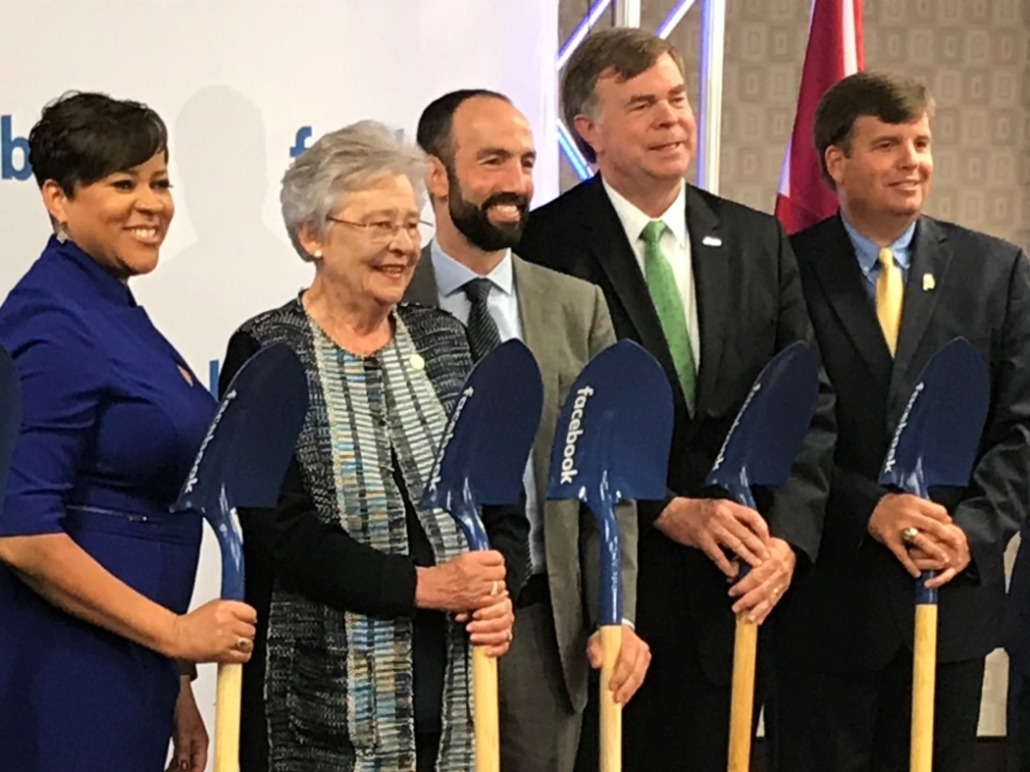 It’s the perfect connection: A digital giant and a high-tech capital.

So, when Facebook announced it was building a large-scale data center, it was no surprise. The company will invest $750 million in the center that will bring an estimated 100 high-paying jobs to the area.

“This is indeed an exciting day for this company, for this area of the state, and indeed for the entire state of Alabama,” said Gov. Kay Ivey at the Huntsville-Madison County Chamber of Commerce. “Announcements like this require positive visions and an environment where companies can grow and expand their businesses. Economic development happens because of the collaborative efforts between state and local leaders, and businesses that are attracted by all that Alabama has to offer.”

The announcement has been kept a secret since May 24 when the Huntsville City Council gave unanimous approval to Facebook’s project entity, Starbelt LLC, to purchase 340 acres in the North Huntsville Industrial Park for $8.5 million.

“This location gives us great access to renewable energy and infrastructures, a strong talent pool and, very importantly, a tremendous set of community partners,” VanderZanden said. “Facebook data centers are terrific tools and real economic engines. Facebook is in it for the long game and we look forward to having a long, fruitful partnership with the Huntsville community.”

Battle cited the city’s innovation and high-tech reputation as a link with the digital giant.

The governor used a Facebook reference in her remarks.

“Every day, millions of people get on Facebook to connect with family and friends,” Ivey said. “I sure am glad that when Facebook was looking to grow their connections, they sent out a friend request to Alabama!”