Among high-powered military leaders who will speak at the 2018 Space & Missile Defense (SMD) Symposium will be two prominent national security issues commentators and researchers.

Karako will speak on Adapting Joint Air an Missile Defense Operations to the Near Peer Threat at 1:30 p.m. Tuesday.

Heinrichs is scheduled to speak at 10:30 a.m. Thursday on Space and Missile Defense Imperatives.

Karako has been with the Center for Strategic and International Studies (CSIS) since 2014 when he was named a fellow with the Project on Nuclear Issues. CSIS is an organization regularly called upon by Congress, the executive branch and the news media to explain the day’s events and offer bipartisan recommendations to improve U.S. strategy.

Karako is a senior fellow with the International Security Program, which is considered a constant source of reliable analysis on the threats and opportunities shaping U.S. security interests at home and abroad.

He is also the director of the Missile Defense Project, in which research considers the most pressing problems of the day, such as homeland missile defense, integrated air and missile defenses for U.S. forces and allies abroad, offensive strike capabilities, and investments in high technology to defeat missile threats through new and innovative means. The project also hosts a variety of events to shape the debate about policy, budgets, legislation, and both current and future programs.

Heinrichs is a senior fellow at the Hudson Institute, a nonprofit for more than 50 years established to challenge conventional thinking and help manage strategic transitions to the future through interdisciplinary studies in defense, international relations, economics, health care, technology, culture, and law, according to its website.

As a senior fellow researcher for the Hudson Institute, Heinrichs provides research and commentary on a range of national security issues, and specializes in nuclear deterrence, missile defense, and counter-proliferation.

A former Senate advisor on military matters and foreign policy, Heinrichs worked to help launch the bipartisan Missile Defense Caucus and will be speaking Aug. 9 to Symposium attendees on imperatives for space and missile defense.

Heinrichs has regularly appeared on Fox News and her work has been published in major newspapers such as The Wall Street Journal, The Los Angeles Times, The Washington Times, and Investor’s Business Daily as well as political journals such as Politico and The Hill. 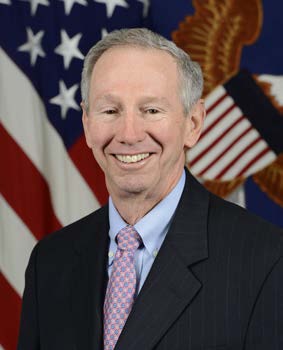 A former NASA administrator and University of Alabama-Huntsville eminent scholar returns to the Rocket City in a key role at one of the largest symposiums of its kind.

Dr. Michael Griffin, who is responsible for ensuring U.S. military technical superiority as Undersecretary of Defense for Research and Engineering, is set to provide the keynote address at the upcoming Space & Missile Defense Symposium.

The event is called “the leading educational, professional development and networking event in the space and missile defense community,” and the keynote dinner will be Aug. 8 at the Von Braun Center. According to a Department of Defense spokesperson, Griffin was not ready to reveal the topic of his address when contacted in July.

Griffin, a former NASA administrator and eminent scholar at the University of Alabama in Huntsville, took over his new role at the Pentagon earlier this year following a career that has spanned academia, industry, and the civil and national security government space sectors. He was appointed by President Trump to fill the new position created from the reorganization of the Pentagon’s acquisition, technology and logistics (AT&L) organization.

The 2017 National Defense Authorization Act instructed the DoD to break up AT&L and replace that undersecretary position with two new ones, including Griffin’s post as undersecretary for research and engineering post, to develop future technologies; and an undersecretary for acquisition and sustainment, held by Ellen M. Lord, who has day-to-day focus on existing defense systems.

In his role, Griffin is responsible for the research, development, and prototyping activities across the Department of Defense enterprise and is mandated with ensuring technological superiority for the DoD, according to his U.S. DoD biography. Griffin oversees the Missile Defense Agency, the Defense Advanced Research Projects Agency, the Strategic Capabilities Office, Defense Innovation Unit Experimental, the DoD Laboratory enterprise, and the undersecretariat staff focused on developing advanced technology and capability for the U.S. military.

During his career, Griffin was deputy for technology in the Reagan-era Strategic Defense Initiative Office and served as NASA administrator under President George W. Bush. He was also president and chief operating officer of In-Q-Tel, the nonprofit venture capital firm created and funded by the CIA.

He served as Space Department Head at the Johns Hopkins University Applied Physics Laboratory and was the King-McDonald Eminent Scholar and professor of mechanical and aerospace engineering at UAH from 2009-2012 before serving as a consultant to the military defense community. 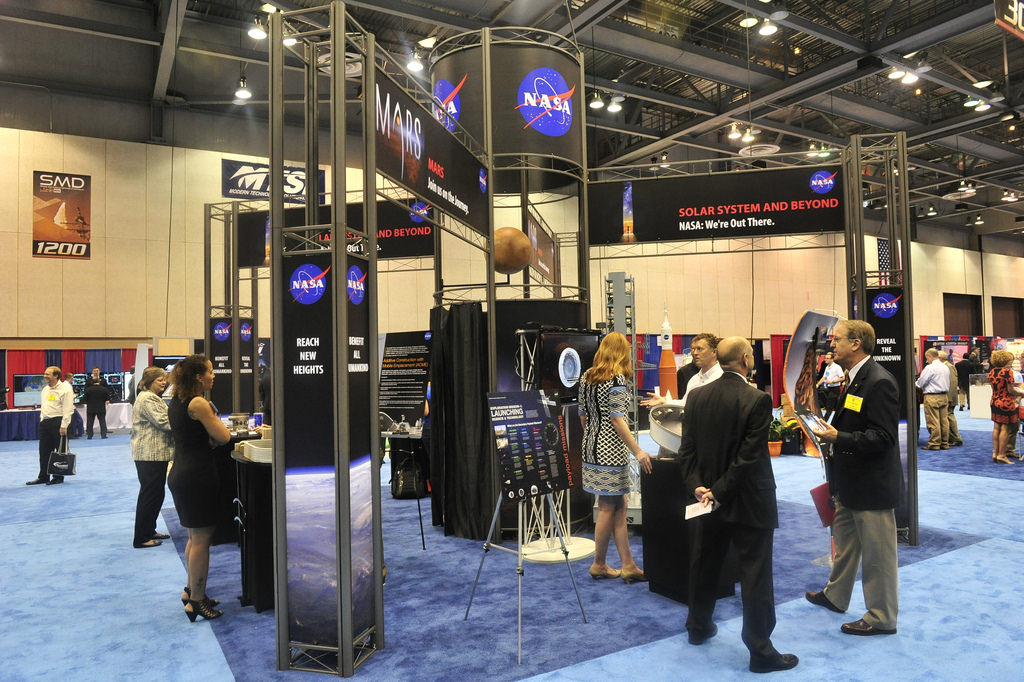 What began as a local gathering of enthusiastic space and missile defense professionals more than 20 years ago, has evolved into one of the most anticipated, informative, and influential national public conferences on the defense of our nation.

The 21st Annual Space and Missile Defense Symposium opens Aug. 7 at the Von Braun Center and runs through Aug. 9.

Embraced by the Missile Defense Agency and the Department of Defense, Brig. Gen. Bob McCaleb and Huntsville Mayor Tommy Battle will welcome enterprise level professionals from the missile defense community, military leaders, and allies from the United States and abroad.

According to Joe Fitzgerald, an original member of the SMD Symposium’s executive committee and two-time past chairman of the event, the 2018 theme, “Sharpening the Military’s Competitive Edge,” marks a fundamental shift in the way industry professionals have looked at the threats our country faces for many years.

“This year’s Space & Missile Defense Symposium will bring to the forefront the realization that the United States has peer adversaries,” he said. “That is, not just threats from rogue nations like Iran and North Korea, but very real threats from countries across the globe who are our equals.”

He said the symposium will address the important part missile defense plays in the survival and security of our nation.

“You will see a recognition that we face challenges meeting those threats, and that we must put more resources into missile defense technologies associated with those threats to ensure our nation’s future, and to assure the defense of our nation. Victory is not assured,” Fitzgerald said. “therefore, we must work to maintain our competitive edge, and by edge, we mean superiority.”

This year’s SMD Symposium will address all aspects of these challenges. 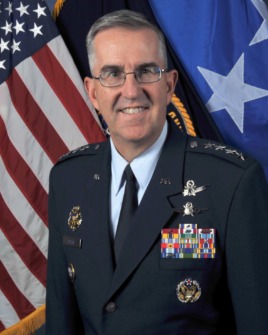 Gen. John Hyten is a graduate of Grissom High School

Beginning Tuesday morning, Gen. John Hyten, senior commander of the United States Strategic Command, will open the symposium by outlining Space and Missile Defense Imperatives. USSTRATCOM is one of 10 unified commands in the Department of Defense representing all four unified branches of the military.

Among the topics he is expected to discuss is the importance of innovation related to space and the military’s interdependence on space, national security, and the global economy.

In a December 2017 article in SpaceNews, Deputy Assistant Secretary of Defense for Space Policy Stephen Kitay said the modernization of missile-warning satellites has been a topic of recent conversations with leaders from U.S. Air Force Space Command, U.S. Strategic Command and U.S. Northern Command. So, will Hyten,  a graduate of Huntsville’s Grissom High School, offer any insights into the future of a new Space Force as recently proposed by the current administration?

“I think Space Force is likely to come up given Gen. Hyten’s relationship with the Air Force Space Command,” said Fitzgerald. “Advanced forces surely add flavor to his thought process, and any future Space Force plans are bound to affect Huntsville for sure.”

Both Tuesday and Wednesday afternoons, Technology Track gives a variety of selected candidates an opportunity to present innovative technical ideas, methods, and processes regarding cyber resiliency, testing and development, and weapon system performance testing and validation.

Several moderators will host a Multi-Domain Battle Panel Tuesday afternoon. Created by the Army, Multi-Domain Battle allows U.S. forces to outmaneuver adversaries physically and cognitively by applying combined arms in and across all domains of war – that is, land, sea, air, space and cyberspace – cyber being the newest domain, and with underpinnings in every aspect of strategic warfare.

There will be two Industry and Technology panels Wednesday focused singularly on missile defense with a variety of guests participating including major original equipment manufacturers  and developers of our nation’s missile defense systems. They will talk about the technology challenges, and what the R&D industry is doing to meet those challenges.

On Wednesday evening, prior to an invitation-only VIP reception, Northrop Grumman will host the “Salute to the Warfighter” at its exhibition space. A presentation recognizing and honoring all U.S. warfighters involves a formal salute followed by a networking social and then dinner.

On Thursday, Holly Haverstick, Chief of Weapons for Defense Support of Civil Authorities, will speak on security cooperation efforts in support of missile defense; followed by Rebeccah Heinrichs, Senior Fellow at the Hudson Institute, who will close out the symposium with a talk concerning Space and Missile Defense Imperatives.

Throughout the week, various industry groups will present a variety of awards such as the Air, Space and Missile Defense Association Scholarship and the Julian Davidson Award, awarded by the National Space Club to an individual or organization that has shown great achievement in advancing space flight programs, and has contributed to U.S. leadership in the field of rocketry and astronautics.

The John Medaris Award, given to an individual from the Tennessee Valley who has made outstanding contributions to the defense industrial base, will be awarded to Dr. J. Richard (Dick) Fisher, Executive Director of the Missile Defense and Space Technology Center.

“The entire conference is laid out to be an exposé on meeting the challenges of a peer adversary, while focusing our efforts on ways to give our soldiers a competitive edge that is superior to anyone else in the world,” said Fitzgerald.