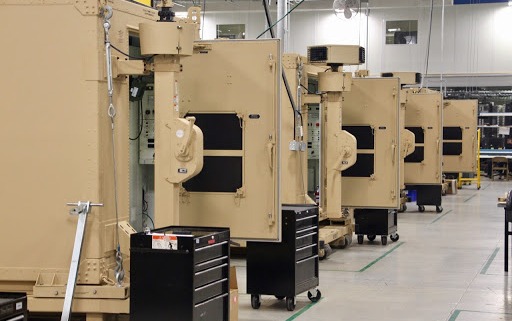 The command system is the centerpiece of the Army’s modernization strategy for air and missile defense.

Most of the work is performed here and the city will be the center of production for the system’s hardware for Poland’s air and missile defense program. The Army has been authorized to proceed with low rate initial production of the systems.

In the first program, Poland has adopted the Army’s command system configuration, which consists of shelters integrated with battle management software manufactured here, that maximizes the combat potential of sensors and weapon systems. 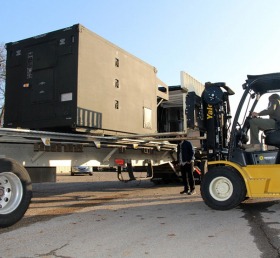 Six of these shelters have already been delivered to Northrop Grumman’s Huntsville facility for outfitting. Once the integration is complete and after testing, the U.S. will deliver them to Poland.

“Receiving these shelters and kicking off production marks a critical milestone and gets us one step closer to fielding this capability in Poland,” said Kenn Todorov, vice president and general manager, Combat Systems and Mission Readiness for Northrop Grumman. “Our Huntsville manufacturing center production line is ready and equipped to deliver these command centers on time and on budget.”

In March 2018, Poland signed a foreign military sales agreement with the U.S. to purchase the command systems. They became the first international partner country to acquire this transformational capability and it has become a major component of Poland’s air and missile defense modernization program. This modernized air and missile defense capability will be used alongside U.S. forces and NATO allies.

On the home front, the Army received authorization to transition from the battle command systems development to low rate production, following a successful Milestone C decision for the program.

Approved by the Defense Department, this milestone represents a critical next step in moving the program closer to  deployment.

“The decision by our senior leaders to transition IBCS into initial production reflects their confidence in the maturity of the system and its readiness for operational testing,” said Maj. Gen. Rob Rasch, Army Program Executive Officer, Missiles and Space. “The soldiers of the 3-43 Air Defense Artillery Battalion performed tremendously in training and testing over the last year and are poised to demonstrate the game-changing capabilities of IBCS next fall during the initial operational test and evaluation.”

“We are proud to have contributed to this landmark achievement that will help our warfighters better address and defeat evolving threats,” said Todorov. “This milestone is a true testament to the commitment and dedication of all the men and women who have worked tirelessly over many years to deliver a truly revolutionary system.”