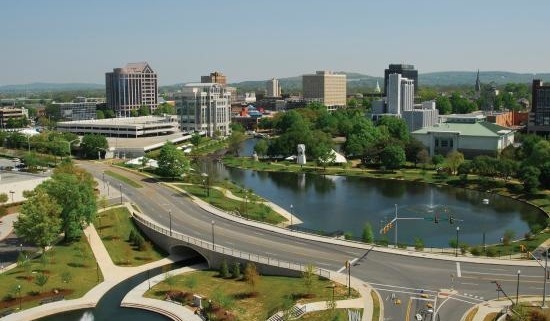 The Huntsville/Madison County Convention & Visitors Bureau has been given quite a reason to celebrate.

According to the 2019 economic impact report recently released by the Alabama Tourism Department, the Huntsville and Madison County area achieved the state’s highest percentage increase in travel and tourism revenue over the past year, reaching $1.62 billion in sales.

2019 saw the economic impact of travel and tourism to Madison County reaching its highest levels ever, providing nearly 19,000 jobs, and saving residents roughly $925 in taxes as a result of travel expenditures.

These figures represent a 15.2 percent increase in traveler spending on hotels, restaurants, shopping and transportation.

In addition to the explosive growth the city has seen over the past year, the CVB attributed much of the 2019 increase to the successful efforts of partners such as the U.S. Space & Rocket Center, NASA Marshall Space Flight Center, and the Alabama Bicentennial Commission in promoting two key events for Huntsville – the 50th anniversary of the Apollo 11 moon landing and the Alabama bicentennial. Celebrations around these anniversaries were major tourism drivers for the area.

“2019 was truly a banner year for the Rocket City,” said Judy Ryals, president/CEO of the CVB. “Not only did Huntsville continue to see growth in our hotel, dining, and entertainment options, but so many of our community partners rallied together to offer top-caliber events and programming around two nationally significant events – the Apollo 11 50th anniversary and our state bicentennial.

“It’s not every year that we get to enjoy such a global spotlight on our city. We worked hard and leveraged that attention to the best of our abilities, and it’s wonderful to see the return on those efforts.”

Despite Increased Teleworking, Huntsville-area Internet Integrity ‘Among the...