In fact, there’s nothing minor about the baseball team that set all sorts of Minor League Baseball merchandise records and recently passed the $1 million mark in sales.

And the Trash Pandas don’t even play until next April.

In the meantime, the team will unveil its five – yes, five – inaugural season uniforms and offer fans the chance to take the field in official, personalized jerseys.

The uniform reveal will be Thursday night in a big bash at Big Spring Park in downtown Huntsville. It all starts at 6 p.m. and local television personalities will model the full official uniforms, including the Salute to Military Sunday/Holiday uniform, modeled by Redstone Arsenal Garrison Command Sgt. Maj. Billy Counts.

“We are going to tip our hats to the military every Sunday,” said Nelson, the team’s CEO and managing partner. “If we have games on Memorial Day or the Fourth of July, we’ll wear them then, too.”

Replica jerseys will go on sale Friday at 10 a.m. at the Trash Pandas Emporium in the Bridge Street Town Centre, next to the Apple Store.

So, naturally, this isn’t going to be your standard uniform unveiling – if there is such a thing.

“We decided to turn it into an ‘experience,’” he said. “It’s also another chance for us to integrate with the community.”

So, continuing its mission of fan involvement, the team is offering fans a chance to purchase authentic inaugural season jerseys and take part in the Authentic Jersey Experience.

“We are really excited about the Authentic Jersey Experience,” Nelson said. “The fans who take part will get their jerseys (next March) in the team locker room and go out onto the field before the players do.

“If you’re a baseball fan, this is what it’s all about.”

The package includes a Rawlings authentic Trash Pandas jersey and a ballpark/locker room experience featuring the use of a player’s locker, batting practice on the field, and a post-game “spread” in the players’ lounge, all courtesy of the Trash Pandas clubhouse manager. The jerseys will be custom made for each fan, including size, name and number.

The Experience will be available for purchase for $199 Thursday night through June 30. It can be purchased online or at the Trash Pandas Emporium after Thursday’s event. On July 1, the cost goes up to $249 and wraps up at the end of the year.

“Rather than just box up the jerseys (for the fans who bought them), we decided to offer them this experience,” Nelson said.

Yep, imagine that, Nelson thinking outside the box.

That’s right. Trash with a capital “T” – as in Trash Pandas.

The Rocket City Trash Pandas are holding a grand reopening of the team’s Emporium and Season Ticket Center on Friday. Doors open at the newly renovated store at Bridge Street Town Centre at 10 a.m.

Fresh on the heels of record-setting sales, the Trash Pandas will be selling never-before-available team apparel and novelty items. The first 250 fans who make a purchase of $25 or more will receive a commemorative “Stadium Groundbreaking” baseball.

“As most people know, our original plan was for a ‘pop-up’ store to stay open only through the
holidays,” said Trash Pandas Executive Vice President Jenny Askins. “But, the demand for our
products from throughout North Alabama was so intense that we complied with our fans’ wishes and will keep the store open at least until we move into the new stadium.

“Our customers were very specific as to the types of merchandise they prefer, and we have restocked and added new items based on their requests.”

The restocked Emporium will feature all sizes of the most popular Trash Pandas merchandise that could not be kept in stock during the holidays, including the ultra-popular New Era 59FIFTY authentic fitted cap; the one worn by all Minor League Baseball players.

Among the new merchandise available Friday will be tank tops, sleeveless tee shirts, and new colors and styles of infant “onesies.” Coming soon will be items such as pop sockets, pennants, wall art, pet supplies, and new styles of hats from New Era.

The store will host the official Trash Pandas Season Ticket Center. There will be seating samples from the ballpark for three premium areas: Home Plate Luxury Field Boxes, Legacy (drink rail) seating and High Tops. A new feature will enable potential seat holders to view the field from any seat in the ballpark.

“I continue to be amazed at how this community has accepted and become excited by our team,” said
Trash Pandas’ CEO Ralph Nelson. “Our industry measures brand acceptance by merchandise sales,
and it’s hard to go very far in North Alabama or southern Tennessee without seeing folks in Trash
Pandas apparel. Our fans told us what they like and we think the new items to be introduced this spring are going to start a whole new wave of excitement.

“It made all the sense in the world to keep the store open so that the Trash Pandas Nation will just continue to grow.”

However, the team will reopen the store Feb. 1 as a combined merchandise and ticket center. The grand reopening will feature previously unavailable, but high-in-demand merchandise, along with updated information on ticket packages and seating options.

Since the Emporium opened Nov. 12, the team has sold more than 32,000 items at the Bridge Street location. This is combined with 3,470 online orders, most for multiple items, from around the world since Oct. 27. This is a record amount of online sales, shattering the mark of 1,022 for three months, set by the El Paso Chihuahuas.

“North Alabama not only chose a nickname that numerous national publications have called the best in sports, but our community has come out in record numbers to support their brand,” said BallCorps Managing Partner and Trash Pandas’ CEO Ralph Nelson. “It is amazing and unprecedented to see this level of support more than 16 months before the first pitch. Our team store at Bridge Street (was) always full and … fans donning Trash Panda apparel can be seen everywhere in the region.

” Our fans have been clear that they’d like the store to stay open and have requested great new merchandise items – we are happy to comply.”

Although the Emporium is closed this month, merchandise is available online at TrashPandas.milbstore.com. Season ticket information is available on the Trash Pandas website www.TrashPandasBaseball.com or by calling 256-325-1403. 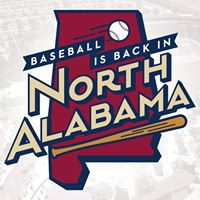 MADISON — The 10 finalists in the BallCorps LLC “Name the Team” contest have been revealed.

Ballcorps is the owner of the Southern League baseball franchise to be relocated from Mobile to Madison for the 2020 season. All names were nominated by residents of the Tennessee Valley.

Working with Brandiose of San Diego, the Minor League Baseball industry’s premiere branding partner, 10 names were selected based on uniqueness and how each name relates to the characteristics of Madison and surrounding communities.

In a press release, the BallCorps said the names were chosen to further its goal of providing affordable fun to families in North Alabama and southern Tennessee.

Voting on the finalists will extend through noon Aug. 16, after which five names will be eliminated, and the five leading names will be open for voting. The team name will be announced at a public event on Sept. 5.

The top 10 names in alphabetical order are:
• Army Ants The Army’s Redstone Arsenal serves as a center for missile and national defense programs and employs more than 40,000 members of our community.
• Comet Jockeys “Rocket City” was put on the map for its cutting-edge aerospace development. Comet Jockeys is a celebration of our brave astronauts who explore outer space.
• GloWorms Glow worms are rare tiny bioluminescent creatures that call the caves at Dismals Canyon in North Alabama home, one of few places in North America.
• Lunartics We are home to some of the wildest mad scientists facing today’s challenges in space and technology.
• Moon Possums A scavenger at heart, these local critters are known for hanging around and having a good time with their family.
• Puffy Head Bird Legs No joke! It’s lingo coined by our astronauts for body fluid moving from feet to head in outer space due to the lack of gravity!
• Space Chimps A tribute to Miss Baker, one of the first animals safely launched into space. She is buried on the grounds at the U.S. Space & Rocket Center.
• Space Sloths A nod to NASA’s Marshall Space Flight Center, the Space Sloths is up there with classic Minor League Baseball names like IronPigs, Flying Squirrels, Chihuahuas and Jumbo Shrimp.
• ThunderSharks Mix the powerful thunder of North Alabama’s storms with the ultra-strong, sleek determination of the shark and you end up with the personality of our community: willing to attack any problem.
• Trash Pandas (Slang for raccoon) Our community is known for engineering, and no creature in our galaxy is as smart, creative, determined and ingenious a problem solver – dedicated to the challenge at hand – as our local raccoons.