Thousands of athletes are racing to the Rocket City this weekend for a chance to win gold.

Meanwhile, Huntsville stands to reap some gold of its own – or green – through the economic impact from the  Alabama State Games XXXVI.

The city is hosting more than 5,000 athletes competing in 25 sports throughout the Huntsville-Madison County area in the state’s version of the Olympics.

“This is the largest State Games in the number of sports,” said Judy Ryals, president/CEO of the Huntsville/Madison County Convention & Vistors Bureau. “It will bring a $1.5 million economic impact and is a showcase for Huntsville’s venues.”

The 36th annual event was also known as the Alabama Sports Festival when it was created and through its first few years.

“The Alabama State Games created a ‘sports festival,’ ” said Anthony Terling, vice president of external affairs for the ASF Foundation. “There are 25 sports and it’s not just a youth games. There is competition for adults, seniors and Miracle League.

“All types of individuals can compete.”

Some sports have on-site registration while team sports have already registered. For information, visit asffoundation.org/alabama-state-games and www.alagames.com.

Huntsville is hosting for the first time since 2003-04 and will play host this year and next, with an option for a third year.

Ryals said it took teamwork by state, county and city officials to bring the games back to Huntsville, after Dothan hosted last year.

“Sen. Arthur Orr asked why we can’t have the Games,” Ryals said. “So, Mayor (Tommy) Battle and (Madison County) Chairman Dale Strong came to me and said ‘Let’s make it happen.’

“The whole team at the CVB, Huntsville Sports Commission, Parks and Recreation did make it happen. The city and county school systems offered their assistance, too.”

The State Games start Friday with Opening Ceremonies at the Von Braun Center. The ceremonies begin at 7 p.m. and are open to the public. They will also be televised statewide over Alabama Public Television.

“The Opening Ceremonies are going to be spectacular,” Ryals said. “The athletes will march in and we will be honoring first responders.

“It’s really nice to honor that group and give them recognition.”

The associate deputy director of the FBI had an ominous warning Wednesday at the 2018 National Cyber Summit. 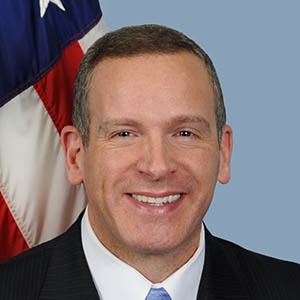 Associate Deputy Director Paul Abbate was the keynote speaker in the morning session to open the 10th annual summit at the Von Braun Center in downtown Huntsville.

It is the pre-eminent event for cyber training, education and workforce development aimed at protecting the nation from the ever-evolving cyber threat. The summit attracts government and commercial participants.

“The (cyber) threats we face today are more complex and change more rapidly than we’ve ever seen,” Abbate said. “We have a whole variety of bad guys” who use the Internet to carry out their crimes.

Abbate said the main threat is from nation-states that employ individuals to do their bidding.

“It’s a blended or hybrid threat where nation-states use mercenaries to hack and carry out their (the nation-states’) crimes,” he said. “And we’re committed to bringing cyber criminals to justice no matter where they hide.”

To add a little discomfort to the crowd of private industry and government people, he said some patches can lead to systems being hacked. 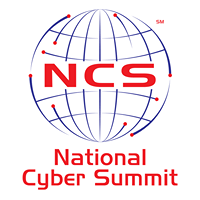 “Eighty percent of the hacking is through known and weak patches,” Abbate said. “I’m also talking about legacy systems, if you’re afraid to patch them for fear of the system going down.

“Don’t forget the third-party vendors who touch your system everyday.”

He urged the audience to train the employees from “interns and supply clerks up to the executive suite.”

Abbate said the FBI is constantly sending its personnel through cyber training, including “boot camp-type” classes and he said the agency wants “to know your perceived risks that keep you up at night.”

“The stakes are higher than ever and require all of us to up our game.”

The summit concludes Thursday at the VBC. For information, visit www.nationalcybersummit.com.

With cybersecurity threatening businesses, large and small, as well as our national security, the demand for cyber security professionals is ever increasing.

A local effort to reduce that employment gap and connect cyber security professionals and students with employers is the National Cyber Summit Cyber Job Fair, held Wednesday, June 6, from 11 a.m. to 3 p.m. The event is part of the annual National Cyber Summit on June 5-7 in the Von Braun Center in Huntsville.

For more information and to register, visit https://www.nationalcybersummit.com/Program/Cyber-Job-Fair

Turning the Rocket City into a ‘Music City’ will require the development of a set of strategies incorporating music into Huntsville’s economic development, tourism and industrial expansion plans.

MADISON — The first pitch won’t be thrown for another two years, but progress continues to round the bases for Madison’s multi-use development, including a baseball stadium for the city’s new minor league team.

City officials have set a groundbreaking for June 9 at the site of Town Madison, adjacent to I-565 and Zierdt Road. The event, which will feature ballpark fare such as popcorn and hot dogs, starts at 5 p.m. and the public is welcome.

“Breaking ground on this project is momentous, and we appreciate the work that has led us to this point,” said Madison Mayor Paul Finley. “Celebrating with our community while enjoying free ballpark food like hot dogs, popcorn and cotton candy is a fantastic way to rally together to start the process.”

A $46 million stadium, which will be the home of the minor league team, is the keystone of the development and is scheduled to be completed late next year.

BallCorps LLC, the owner of the Southern League’s Mobile BayBears, is moving the team to Madison and it will begin play in the 2020 season.

“Minor league baseball belongs back in North Alabama and we are thrilled to be a part of its return to the region,” said BallCorps Managing Partner and CEO Ralph Nelson. “We are excited to reveal more details about the team, its total integration into the community and to celebrate the start of construction.”

There will be a contest to name the team and commemorative baseballs will be given out to those who attend the groundbreaking celebration.

Friday Night Art Walks 2018 return to Huntsville’s downtown square. On the second Fridays of May, June, July, and August from 5 to 8 pm, check out art and artisan goods from over 50 local vendors, and enjoy live music, in the downtown open entertainment district.