Snagging your own piece of the Rocket City is now easier than ever, with the recent launch of the Huntsville/Madison County Convention & Visitors Bureau’s online store. The online shopping site – “Rocket City Shop” – offers a selection of branded Huntsville and Madison face masks, with plans to expand to other merchandise.

“We’re aiming for the online store to be a smaller extension of our physical gift shop at the Downtown Visitor Center,” said Judy Ryals, president/CEO of the CVB. “Our products in the gift shop are quite popular, especially with out of town guests who are seeking unique Huntsville souvenirs. As the travel and tourism agency for Huntsville/Madison County, our ultimate goal is to make people aware of Huntsville as a destination, and city-branded merchandise is a part of that.

“If someone wants to represent the Rocket City, we want to make it as easy as possible for them to do so, regardless of where they’re based.”

The decision to launch the online store was spurred by the challenges created by the COVID-19 pandemic.

“The pandemic has made us get more creative with how we get our brand out to the public, especially with the temporary Visitor Center closure earlier in the year and more people wanting to buy online instead of in person,” said Kristen Pepper, Director of Marketing for the CVB. “We want people to stay safe and socially distant, while also getting the Huntsville name out there, so the online shop is the perfect solution.”

The shop’s top-selling item by far has been the Keep Your Space Huntsville face mask. Within the first week of the online launch, almost 1,000 of the specially-designed masks had been ordered, originating from 23 states across the U.S.

For now, the Rocket City Shop is limited to face masks, but the CVB plans to roll out additional products like Huntsville-branded slap koozies, magnets, and other gifts in the coming weeks.

A wide selection of products can also be found in the Downtown Huntsville Visitor Center’s physical gift shop, including short and long-sleeved t-shirts, books, mugs, and more. The majority of the gift shop’s products are produced in Madison County or designed by a Huntsville/Madison County-based craftsman.

Visit the Rocket City Shop online at www.rocketcityshop.org, or stop by the Downtown Huntsville Visitor Center gift shop at 500 Church Street; the hours are Monday – Saturday, 9 a.m. – 3 p.m., and  Sundays from noon to 3 p.m.

After being closed due to the COVID-19 pandemic, the Downtown Huntsville Visitor Center will reopen June 19. 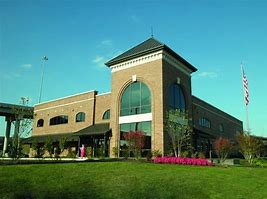 New health and sanitization protocols will be implemented for visitors and staff. Highlights of the new protocols include:

“We’re looking forward to the return to travel, but we also understand that reopening needs to be done cautiously and with strict adherence to the health guidelines recommended by the CDC and our public health officials,” said Judy Ryals, President/CEO of the CVB. “The more our visitors see us doing our part to keep them safe, the more comfortable they’ll feel in slowly getting out to local restaurants, hotels, museums, and other venues.

“Reopening our local travel economy will be a process, and it starts with us.”

The visitor center hours will be 9 a.m. – 3 p.m. Monday-Saturday, and noon – 3 p.m. on Sundays. The visitor kiosk at the Huntsville International Airport will remain closed until further notice.

Information on reopening announcements and travel-related health protocols from Huntsville tourism partners can be found on the CVB’s digital reopening guide and COVID-19 resource page.

The Huntsville-Madison County area continues to be a major tourism and travel attraction with 2018 setting another record.

According to figures released by the Huntsville/Madison Convention & Visitors Bureau and the Alabama Tourism Department, the economic impact of travel and tourism to Madison County reached its highest levels ever.

About 3.4 million people visited Madison County last year, supporting more than 17,200 jobs and creating an economic impact of $1.4 billion – a 7.6 percent increase in spending on hotels, restaurants, shopping and transportation.

“Travel and tourism in Madison County is thriving,” said CVB President/CEO Judy Ryals. “More people
than ever are coming to see all the amazing things we have to offer as a community; they’re experiencing our arts scene and our incredible dining options, they’re witnessing first-hand how Huntsville built the U.S. space program and sent man to the moon. One
thing is for sure – once people visit Huntsville, we know they’ll be back. We are proud of how the travel and tourism industry supports local jobs, and we are honored to create a better quality of life for locals and our visitors.”

This year is also expected to be record-setting with celebrations for the 50th anniversary of the Apollo moon landing and the state bicentennial on tap.

The moon landing anniversary has garnered international media attention for Huntsville, landing the city a spot in The New York Times’ coveted “52 Places to Go in 2019” list.

The newest edition to Huntsville’s skyline is only one of many new hotels planned for downtown.

The AC Hotel Huntsville Downtown, a Marriott property, is open for business and joins the Embassy Suites as two hotels overlooking Big Spring Park. AC Hotel is on the corner of Williams Avenue and Monroe Street and will anchor the mixed-use City Centre development.

The six-story building, which has 120 rooms, will eventually be joined by other hotels as part of the vast growth of business in the downtown area.

Construction will begin in the fall for a seven-floor Hampton Inn and Suites at the corner of Clinton Avenue and Monroe Street. The site is next to the garage that serves the Von Braun Center and is used for event parking.

One more hotel is in the planning stages and, like the Embassy Suites, AC Hotel and Hampton Inn and Suites, will be within a one-mile radius of the VBC. Curio by Hilton is slated for Jefferson Street near the Courthouse Square and an Autograph Collection boutique hotel by Marriott adjacent to Big Spring Park and PNC bank is planned.

And city planners aren’t stopping with the addition of these hotels.

“There have been three new hotels announced,” Emerson said, “and there are some that have not been announced.”

As the makeover of downtown Huntsville continues and expands, two new franchises are getting ready to open.

The Poppy is a traditional English pub on the North Side Square and held its grand opening Monday.

The Mercantile, in space formerly occupied by Crossroads Music Hall at 115 Clinton Avenue, is an entertainment and private party venue. The Mercantile will host its first musical acts July 3 with local rockers Rob Aldridge and the Proponents opening.

“We’re actively engaged in in the booking process,’’ co-owner David Clarke said of The Mercantile. “We’ve got quite a few bands booked.’’

Clarke said he and his partners at PBG Holdings want to provide a unique experience with the two new sites. They’re also bringing Arsenal Coffee food truck to the exploding downtown scene.

“We’re paying attention to details and trying to create a destination at The Mercantile,’’ Clarke said. “We want the people of Huntsville to come but also have people coming from Nashville, Birmingham.’’

Emerson is confident the new businesses will attract visitors.

“The Mercantile and The Poppy will bring unique new retail options to downtown Huntsville,’’ he said. “Both add another interesting and creative destination to our city center.’’

The AC Hotel by Marriott recently opened as part of the CityCentre development in downtown Huntsville. It’s the first of its kind in Alabama by Marriott and features 120 rooms and six levels. The hotel is one of two planned for CityCentre and another two have been proposed within the vicinity of the Von Braun Center.

Jamie Koshofer, former director of sales and marketing at the Westin Huntsville, has been named vice president of conventions by the Huntsville/Madison County Convention & Visitors Bureau.

The CVB also made a pair of other hires. Beth Ridgeway is the social media specialist and Mark McCarter was named convention sales manager.

Koshofer will oversee the CVB’s conventions department, which works to promote Huntsville/Madison County as a premier destination for meetings, conferences, tradeshows, and other events. The conventions team services a wide variety of markets, including government/military, sports, education, family reunions, religious, corporate, and multi-cultural groups.

Ridgeway is the first social media specialist for the CVB, expanding the bureau’s marketing department to three full-time staffers.

McCarter is responsible for the sports, fraternal and education markets in the convention industry.

Thousands of athletes are racing to the Rocket City this weekend for a chance to win gold.

Meanwhile, Huntsville stands to reap some gold of its own – or green – through the economic impact from the  Alabama State Games XXXVI.

The city is hosting more than 5,000 athletes competing in 25 sports throughout the Huntsville-Madison County area in the state’s version of the Olympics.

“This is the largest State Games in the number of sports,” said Judy Ryals, president/CEO of the Huntsville/Madison County Convention & Vistors Bureau. “It will bring a $1.5 million economic impact and is a showcase for Huntsville’s venues.”

The 36th annual event was also known as the Alabama Sports Festival when it was created and through its first few years.

“The Alabama State Games created a ‘sports festival,’ ” said Anthony Terling, vice president of external affairs for the ASF Foundation. “There are 25 sports and it’s not just a youth games. There is competition for adults, seniors and Miracle League.

“All types of individuals can compete.”

Some sports have on-site registration while team sports have already registered. For information, visit asffoundation.org/alabama-state-games and www.alagames.com.

Huntsville is hosting for the first time since 2003-04 and will play host this year and next, with an option for a third year.

Ryals said it took teamwork by state, county and city officials to bring the games back to Huntsville, after Dothan hosted last year.

“Sen. Arthur Orr asked why we can’t have the Games,” Ryals said. “So, Mayor (Tommy) Battle and (Madison County) Chairman Dale Strong came to me and said ‘Let’s make it happen.’

“The whole team at the CVB, Huntsville Sports Commission, Parks and Recreation did make it happen. The city and county school systems offered their assistance, too.”

The State Games start Friday with Opening Ceremonies at the Von Braun Center. The ceremonies begin at 7 p.m. and are open to the public. They will also be televised statewide over Alabama Public Television.

“The Opening Ceremonies are going to be spectacular,” Ryals said. “The athletes will march in and we will be honoring first responders.

“It’s really nice to honor that group and give them recognition.”

Visitors to Madison County provided a nearly $1.3 billion economic impact in 2016, according to figures released Wednesday by the Huntsville/Madison County Convention & Visitors Bureau and the Alabama Tourism Department.

It was the highest level ever for the county as travel and tourism provided more than 16,400 jobs. It was a 9.2 percent increase in spending on hotels, restaurants, shopping and transportation, according to the figures provided by the state.

“Travel and tourism to Madison County is big business,” CVB President/CEO Judy Ryals said. “It directly impacts the pocketbooks of local residents, and we’re excited to release this information, especially since 2017 was yet another record-breaking year for economic impact.

“We are proud of how the travel and tourism industry supports local jobs, and we are honored to serve the roughly 3.1 million visitors that traveled to Huntsville/Madison County over the past year.”

Statewide, the travel industry grew by $1 billion in 2017 to a record of $14.3 billion in expenditures, and increased jobs by 7,399 to some 186,906 employees, Gov. Kay Ivey announced. She said that the industry grew by 7 percent and attracted an additional 810,000 visitors to top 26 million guests for the first time.