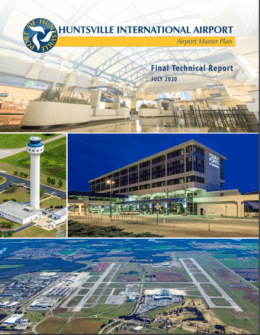 After months of consulting with and gaining input from community leaders, business owners, and residents on the future of the Huntsville International Airport, a new master plan has been accepted by the Federal Aviation Administration, laying out a new blueprint for the long-term development of the region’s busiest airport.

The new master plan has several goals. Among them:

The plan will be presented to the public while addressing relevant issues and satisfying local, state and federal regulations.

According to the FAA, a key objective of the future airport plan is to assure the effective use of airport resources to satisfy aviation demand in a financially feasible manner. The new plan is centrally focused but uses local, state and national guidelines and goals to be efficient in its development.

The project team was led by Michael Baker International, a provider of engineering and consulting services that specializes in municipal governments.

“Huntsville International Airport team members, regional leaders, local business owners, and residents in our community worked in tandem discussing and developing this long-range vision for the airport,” said Rick Tucker, Huntsville International Airport CEO. “This was a collective effort from many individuals that both care about the airport and understand that Huntsville’s economic future is tied to our airport’s success.”

Huntsville International Airport (HSV) is operated by the Port of Huntsville. It was recently named by USA Today as the No. 1 Small Airport in the U.S., and is the largest commercial airport in North Alabama, serving more than 1 million passengers annually. 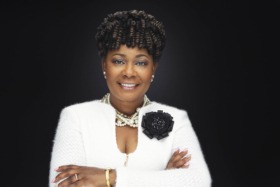 She is the first African-American woman to be appointed to the Port Authority Board. Sims will represent the Northern District, succeeding Al Stanley, whose term expired July 31.

“… It’s an honor to have received this appointment and I intend to execute my role with commitment and integrity,” said Sims. “The Port Authority is an anchor to Alabama’s economy and I look forward to being able to contribute to its continued success.”

Established by the Legislature in 2000, the nine-member Port Authority board holds fiscal and policy oversight for the public seaport. The Port Authority owns and operates Alabama’s deep-water port facilities at the Port of Mobile, one of the nation’s largest seaports.

“I’ve appointed individuals that have consistently demonstrated the necessary knowledge and leadership skills critical to economic expansion in Alabama,” said Ivey. “The success of our port is fundamental to Alabama businesses and jobs …”

The cargo and vessel activity associated with the Port Authority employs more than 150,400 Alabamians and generates some $25.4 billion in economic value for the state.

https://huntsvillebusinessjournal.com/wp-content/uploads/2020/08/hbjdrakestatelogo.png 130 576 staff reports https://huntsvillebusinessjournal.com/wp-content/uploads/2019/02/HBJ-Logo.png staff reports2020-08-18 09:35:442020-08-18 17:16:13In Historic Move, Drake State President Named to State Port Authority Board
Huntsville International Airport is equipping its restrooms with signs to help aid victims of human trafficking, thanks to a partnership with the Junior League of Huntsville.

The signs to aid human trafficking vicitimes are displayed in English and Spanish and include the number for the Human Trafficking Resource Center Hotline: 1-888-3737-888. (Huntsville International Airport photo)

“Having thwarted a human trafficking attempt inside our own airport” said Jana Kuner, Huntsville International Airport Public Relations Manager. “We realized just how prevalent this issue is in society today and we wanted to do more to be sure that more people knew what to look for and how to seek help.”

The Huntsville Business Journal was the first to publish a story about the incident which happened in January.
In 2017, the Association of Junior Leagues International adopted ABOLISH as an association-wide initiative to scale the movement and unite communities across the United States and beyond in an effort to generate greater awareness of the intractable, systemic issue of child sex slavery. The Junior League of Huntsville adopted Human Trafficking Awareness as a community initiative in 2017 and formally joined the ABOLISH movement in alignment with the AJLI in 2019.
Employees and tenants of Huntsville International Airport are trained utilizing the Department of Homeland Security’s Blue Campaign protocol, “See Something, Say Something.” This national campaign raises public awareness of suspicious activity and reporting the activity to local law enforcement, including the Port of Huntsville’s Public Safety Team.
The signs are in English and Spanish and include the number for the Human Trafficking Resource Center Hotline: 1-888-3737-888. The hotline can also be reached by texting “HELP” or “INFO” to 233733, with tipsters encouraged to include tag numbers and car descriptions in their texts.
For more information, visit abolishmovement.org and dhs.gov/blue-campaign.
https://huntsvillebusinessjournal.com/wp-content/uploads/2020/08/hbjhuman-trafficking-graphic-810x321-1.jpg 321 810 staff reports https://huntsvillebusinessjournal.com/wp-content/uploads/2019/02/HBJ-Logo.png staff reports2020-08-18 08:18:512020-08-18 08:29:11Huntsville International Airport, Junior League Join to Aid Human Trafficking Victims

Mazda Toyota Manufacturing announced Thursday an additional $830 million investment to incorporate more cutting-edge manufacturing technologies to its production lines and provide enhanced training to its workforce of up to 4,000 employees. 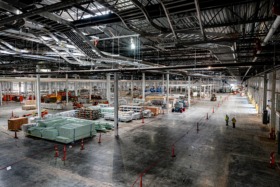 “This newest investment by our partners at Mazda Toyota Manufacturing shows the company’s continued confidence in the ability of our community to provide a strong, skilled workforce to meet the demands for quality and reliability,” said Huntsville Mayor Tommy Battle. “We look forward to the day when the first vehicles roll off the line.”

Total funding contributed to the development of the state-of-the-art facility is now $2.311 billion, up from the $1.6 billion originally announced in 2018.

“We are excited to learn of this additional investment being made by Mazda Toyota Manufacturing,” said Limestone County Commission Chairman Collin Daly. “We continue to be grateful to MTM for their belief in our county and look forward to our partnership with them for many years to come.” 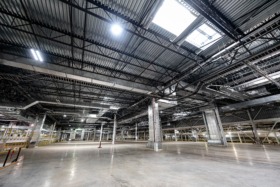 Mazda Toyota Manufacturing made an additional $830 million investment to incorporate more cutting-edge manufacturing technologies to its production lines and provide enhanced training to its workforce. (Photo/MTM)

The investment accommodates production line enhancements made to improve manufacturing processes supporting the Mazda vehicle and design changes to the yet-to-be announced Toyota SUV that will both be produced at the plant.

The new facility will have the capacity to produce up to 150,000 Mazda crossover vehicles and up to 150,000  of the new Toyota SUV each year.

MTM continues to target up to 4,000 new jobs and has hired approximately 600 employees to date, with plans to resume accepting applications for production positions later this year. Construction of the plant continues, with 75-100 percent of the roofing, siding, floor slabs, ductwork, fire protection and electrical completed.

“As we prepare for the start of production next year, we look forward to developing our future workforce and serving as a hometown company for many years to come.”

Just a couple weeks after rebranding the city’s transit system, Huntsville has been awarded a $12.5 million grant to build another transfer station and renovate the current station off Church Street.

U.S. Transportation Secretary Elaine L. Chao announced today the Federal Transit Administration will make the award. Some $464 million in infrastructure grants to 96 projects in 49 states and territories were awarded to improve the safety and reliability of America’s bus systems. Huntsville was the only Alabama city to receive a grant.

Huntsville will receive $12.5 million to construct a multimodal transfer station and renovate its existing operating facility. The project will improve safety and reliability, and accommodate growing ridership for Huntsville Transit.

“This grant will provide a major upgrade in our transportation system,” said Mayor Tommy Battle. “When complete, we’ll be able to provide more services for those who want and need alternative methods of transit.”

Transportation Director Tommy Brown said the new transfer station will be able to accommodate additional buses, taxis, Greyhound, and ride-share programs such as Uber and Lyft.

“As we look to add more routes and options to our transportation network, we’ll need an expanded facility for our central hub,” said Brown. “Our population and demand for service is growing and this puts us in a great position for the next 20 years to accommodate ridership and improve our reliability and efficiency.”

The multimodal transit facility will be built on the site of the old Sherman Concrete plant just off of Church Street and Pratt Avenue. The city acquired the property to make room for the University Drive/Church Street roadway improvement project, now under construction.

“Moving the transfer station will give us more room for waiting areas and public amenities like charging stations for cell phones, laptops and even electric vehicles,” said Brown. “Following this project, we’ll add a new building at our existing location with services for bus drivers such as a lunch room, break rooms, locker facilities, automated bus wash and employee parking.”

Phase 1 of the project is expected to cost approximately $15.7 million. Phase II renovations on Cleveland are estimated at about $3.4 million.

“We can’t start tomorrow because of the Church Street road project, but hopefully we’ll get started in 2021 and be open by 2022,” said Brown.

The funding is from the FTA’s Grants for Buses and Bus Facilities Program.