“With three decades of government acquisition and management experience, Steve is well prepared for his new position on the center’s senior leadership team,” said Marshall Center Director Todd May. “The leadership skills he has displayed while working with NASA Headquarters, other NASA field centers, the U.S. Air Force, government agencies and partners has been, and will continue to be, invaluable to Marshall and the nation’s space exploration efforts.” 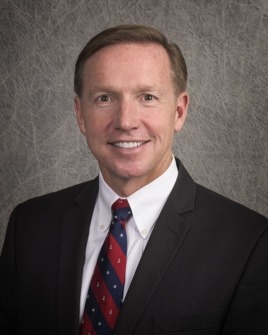 As associate director, Miley will manage and lead development of business operations, guide daily business decisions and oversee Marshall’s operational policy and processes. In addition, he will serve as a senior adviser in advancing the direction of the center’s future.

The Dayton, Ohio, native most recently served as director of Marshall’s Office of Procurement. Named to the position in December 2015, he managed the organization responsible for all aspects of the contracting and procurement processes at Marshall, NASA’s Michoud Assembly Facility in New Orleans and associated contractor facilities.

Marshall, one of NASA’s largest field installations, has almost 6,000 civil service and contract personnel, an annual budget of approximately $2.5 billion, 4.5 million square feet of infrastructure and a broad spectrum of human spaceflight, science and technology development.

A 21-year Air Force reserve officer, Miley received his commission through the Air Force ROTC program at the University of Louisville in Louisville, Kentucky. He retired as a lieutenant colonel in 2008.

He and his wife Dana live in Huntsville.

Garver Engineering’s Tuscumbia Water Treatment Plant and Supply Improvements project is being inducted into the State of Alabama Engineering Hall of Fame, joining less than 50 other projects in achieving the recognition since its inception in 1987. The plant, which in 2012 began treating the city’s raw water supply from Big Spring, was the first in the state to use a blended series membrane process.

The project is being honored for the significant impact it has made on technological and economic development in northwest Alabama. The project won the Grand Conceptor Award from the American Council of Engineering Companies of Alabama in 2013 and was a finalist for a national award. The induction ceremony was held in Huntsville. 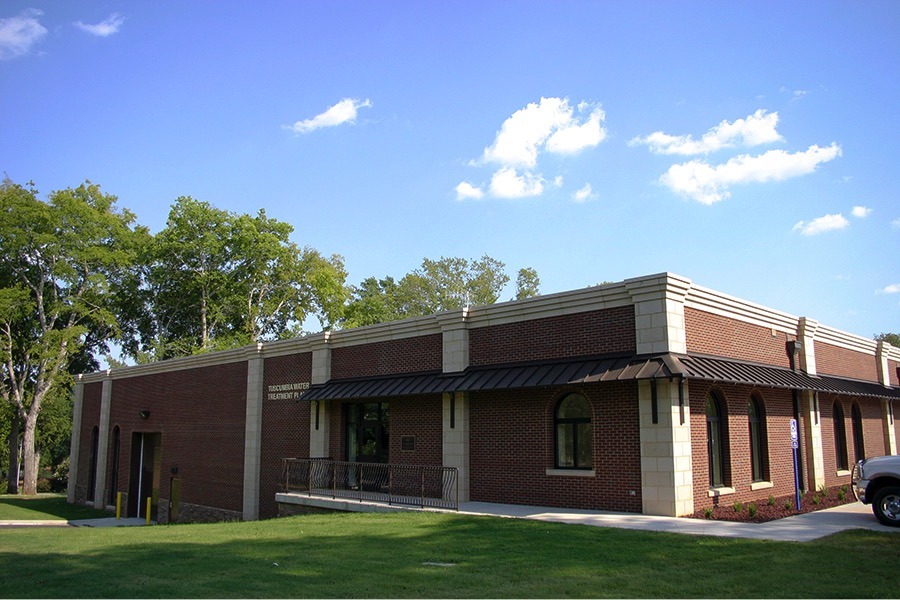 “This was a landmark project for both Garver and for the City of Tuscumbia,” said Garver Senior Project Manager Kevin Mullins. “When the local utility was having a hard-water condition, we worked together to correct it with the most advanced technologies, and it’s been benefiting its residents ever since.”

Garver provided project design, funding and bond issue assistance, construction management, and operational support in replacing a 60-year-old plant that had outlived its usefulness. The new plant is almost double the size of the previous plant.

MADISON — The first pitch won’t be thrown for another two years, but progress continues to round the bases for Madison’s multi-use development, including a baseball stadium for the city’s new minor league team.

City officials have set a groundbreaking for June 9 at the site of Town Madison, adjacent to I-565 and Zierdt Road. The event, which will feature ballpark fare such as popcorn and hot dogs, starts at 5 p.m. and the public is welcome.

“Breaking ground on this project is momentous, and we appreciate the work that has led us to this point,” said Madison Mayor Paul Finley. “Celebrating with our community while enjoying free ballpark food like hot dogs, popcorn and cotton candy is a fantastic way to rally together to start the process.”

A $46 million stadium, which will be the home of the minor league team, is the keystone of the development and is scheduled to be completed late next year.

BallCorps LLC, the owner of the Southern League’s Mobile BayBears, is moving the team to Madison and it will begin play in the 2020 season.

“Minor league baseball belongs back in North Alabama and we are thrilled to be a part of its return to the region,” said BallCorps Managing Partner and CEO Ralph Nelson. “We are excited to reveal more details about the team, its total integration into the community and to celebrate the start of construction.”

There will be a contest to name the team and commemorative baseballs will be given out to those who attend the groundbreaking celebration.

Visitors to Madison County provided a nearly $1.3 billion economic impact in 2016, according to figures released Wednesday by the Huntsville/Madison County Convention & Visitors Bureau and the Alabama Tourism Department.

It was the highest level ever for the county as travel and tourism provided more than 16,400 jobs. It was a 9.2 percent increase in spending on hotels, restaurants, shopping and transportation, according to the figures provided by the state.

“Travel and tourism to Madison County is big business,” CVB President/CEO Judy Ryals said. “It directly impacts the pocketbooks of local residents, and we’re excited to release this information, especially since 2017 was yet another record-breaking year for economic impact.

“We are proud of how the travel and tourism industry supports local jobs, and we are honored to serve the roughly 3.1 million visitors that traveled to Huntsville/Madison County over the past year.”

Statewide, the travel industry grew by $1 billion in 2017 to a record of $14.3 billion in expenditures, and increased jobs by 7,399 to some 186,906 employees, Gov. Kay Ivey announced. She said that the industry grew by 7 percent and attracted an additional 810,000 visitors to top 26 million guests for the first time.